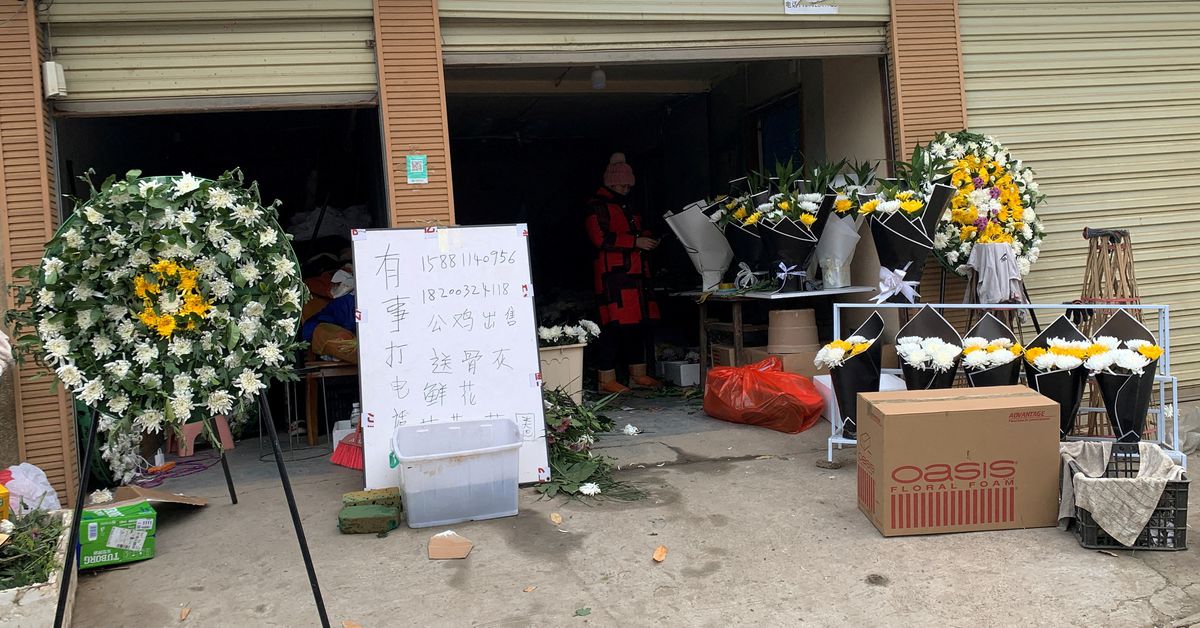 BEIJING, Jan 20 (Reuters) – A funeral parlour in the Chinese city of Shantou published a tender recently for an “emergency purchase” of two cremation ovens, according to a government procurement database, one of several indications of COVID-19’s deadly toll.

A funeral service centre in the Sichuan province city of Zigong explained the purchase of 196,230 litres of diesel, a 40% increase from its annual average, by noting its supply was “almost exhausted.”

While neither facility cited a surge in COVID deaths as the reason for the purchases, spending by funeral homes on items from body bags to cold storage containers has risen from the previous year in many provinces since China abruptly ended its zero-COVID policy in early December, documents show.

Neither of the two mortuary facilities could be reached for comment.

COVID-19 has rampaged across China since December, exacting a heavy toll on a population of 1.4 billion, with widespread reports of crowded hospitals and crematoriums that point to far more deaths than those included in official data.

China said last Saturday that nearly 60,000 people with COVID had died in hospitals between Dec. 8 and Jan. 12 – a roughly 10-fold increase from previous disclosures.

However, that figure excludes those who died at home, and some doctors have said they are discouraged from putting COVID on death certificates. Health experts say China’s official figures likely do not reflect the true toll of the virus.

A review of publicly available tenders from government-run mortuary facilities shows a rise in equipment purchases since early December, compared with the same period a year earlier.

In the eastern city of Anqing, a funeral parlour spent about 1.6 million yuan ($236,106) between Dec. 19 and Jan. 4 on two large cars to transport coffins, an expansion of its power supply, and freezers to store bodies, tender documents show.

The smaller city of Jieshou made a similar purchase two weeks later.

“In recent times in Jieshou City, the cremation business volume has increased, the funeral hall’s remains refrigerator cannot meet the current unit demand. Now need to purchase 10 units of all-in-one three-door freezers, for a total investment of about 400,000 yuan,” the tender read.

Guangdong, China’s most populous province, and where Shantou city is located, saw its funeral homes spend more than 130 million yuan between Dec. 7 and Jan. 6 on various items, compared with 90 million yuan in the same period the previous year, according to a provincial government database.

Hangtai, a manufacturer of incinerators in Shandong province, published an advertisement for its services on its WeChat account noting the jump in demand.

The advertisement for its “quick-assembly intelligent” incinerator stresses the ease and speed with which the machine can function, and how it “is the ideal choice for funeral homes to cope with the current surge in business and the need for additional cremation equipment”.

“Hangtai engineers and technicians have actively responded to the market demand by working around the clock to make further improvements around the technical aspects of fast installation, convenience and durability,” it said.

On Dec. 29, Hangtai beat out eight competitors for one of the largest recent bids, a 23 million yuan ($3.4 million) deal in Guangzhou, more than half of which will go on eight incinerators, according to publicly available documents reviewed by Reuters.

A Hangtai employee declined to comment when reached by Reuters.