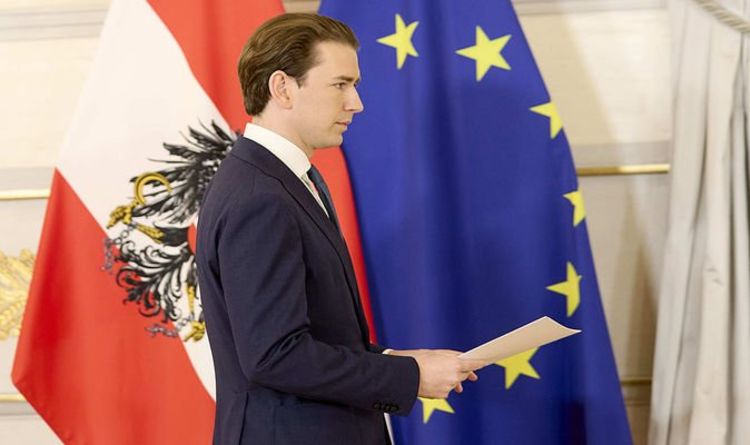 The second term of Mr Kurz, 35, came to an abrupt end last night as he quit as Chancellor, despite maintaining he had done nothing wrong.

He had been under pressure after federal prosecutors opened a criminal investigation against him on suspicion of using public money to pay for favourable opinion polls and news articles. His party had closed ranks around him but its junior coalition partner, the Greens, said on Friday that Kurz couldn’t remain as Chancellor and demanded that his party nominate an “irreproachable person” to replace him.

Opposition leaders had planned to bring a no-confidence motion against Kurz on Tuesday.

He said last night: “My country is more important than me.What we need are stable conditions. So, in order to resolve the stalemate, I want to make way to prevent chaos and ensure stability.”

He proposed Foreign Minister Alexander Schallenberg, a career diplomat, as his replacement and said he intended to become the head of his Austrian People’s Party.

Kurz served as Chancellor from December 2017 but his first coalition with the far-right Freedom Party collapsed in 2019.

A video had surfaced showing the Freedom Party’s leader at the time, Vice-Chancellor Heinz-Christian Strache, appearing to offer favours to a purported Russian investor.

After a snap election Kurz became Chancellor again in January 2020.