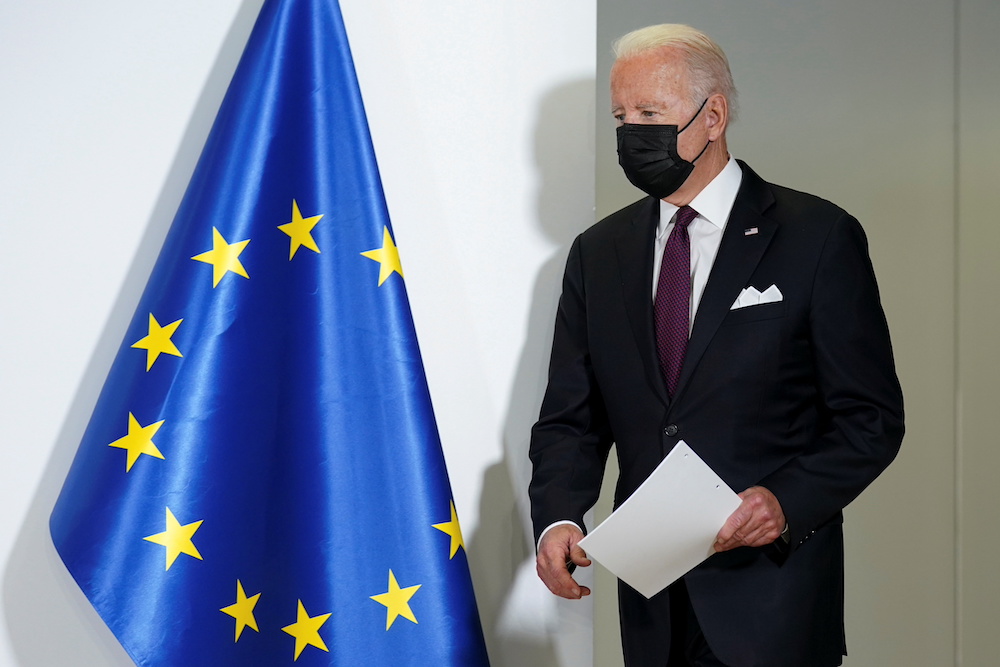 US President Joe Biden would only confirm that he was ‘planning to have a good conversation’ with Turkey’s president. — Reuters pic

ROME, Oct 31 — US President Joe Biden told Turkey’s President Tayyip Erdogan his request for F-16 fighter jets had to go through a process in the United States and expressed a desire to handle disagreements between the two countries effectively.

Days after the Nato allies climbed down from the brink of a diplomatic crisis over jailed philanthropist Osman Kavala, Biden and Erdogan held a 70-minute meeting on the sidelines of the G20 summit in Rome, where Biden also raised the issue of human rights, a US senior administration official told reporters.

A different US administration official said on Saturday that Biden would warn the Turkish leader that any “precipitous” actions would not benefit US-Turkish relations and that crises should be avoided after Erdogan threatened to throw out the US ambassador to Turkey and other foreign envoys for seeking the release of Kavala.

Erdogan later withdrew his threat to expel the envoys.

“President Biden reaffirmed our defense partnership and Turkey’s importance as a Nato Ally, but noted US concerns over Turkey’s possession of the Russian S-400 missile system,” the White House said in a statement after the meeting.

“He also emphasized the importance of strong democratic institutions, respect for human rights, and the rule of law for peace and prosperity,” it said.

In a statement, the Turkish Presidency said the two men had discussed steps to boost trade, bilateral relations and regional developments in a meeting that a senior Turkish official said was held in “a very positive atmosphere”.

“The two leaders expressed their joint commitment to further strengthening Turkey-US relations and agreed to establish a joint mechanism to that effect,” the statement said.

“They stressed the importance of the Nato alliance and strategic partnership.”

“The president took on board his … desire to have them but made very clear that there is a process that we have to go through in the US and committed to continuing to … work through that process,” the senior administration official said.

Ties between Ankara and Washington have come under strain in recent years over policy differences on Syria, Turkey’s purchase of Russian S-400 defence systems, human rights and legal issues.

Biden and Erdogan posed for photos before their talks. Asked if he planned to give Turkey F-16s, Biden said they were “planning to have a good conversation.” — Reuters