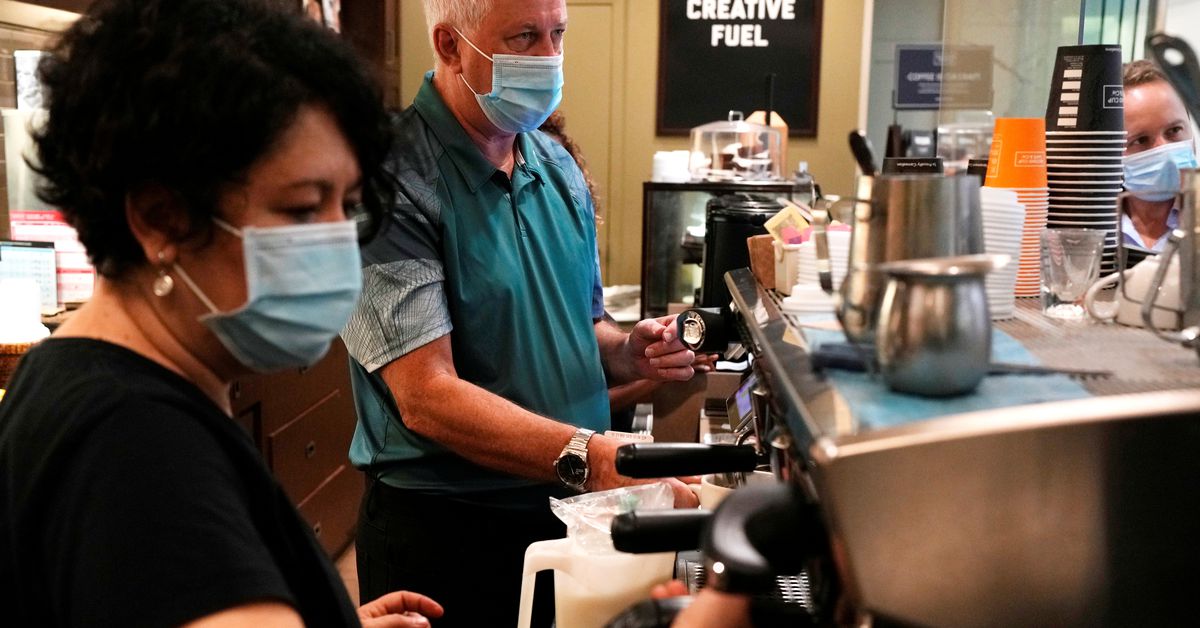 Theresa Tam, the chief public health officer, told reporters that the rate of transmission across Canada was now below 1, indicating the current outbreak had “dropped out of a growth pattern at the national level.”

One of the reasons for the drop is the increasing number of people who have been inoculated. As of Oct 4, almost 81% of Canadians above age 12 were fully vaccinated.

“The longer-range forecast suggests that, at current levels of transmission, the fourth wave could decline in the coming weeks,” Tam said.

Canada unveiled one of the world’s strictest vaccine mandate policies on Wednesday. It will place unvaccinated federal employees on unpaid leave and require COVID-19 shots for air, train and ship passengers.

Tam’s latest projection is more upbeat than the previous one she issued on Sept. 3. Public health measures reimposed in August and September to halt the spread of the highly contagious Delta variant of the coronavirus had helped bend the curve, she said.

But some parts of the country are still in trouble, such as the western province of Alberta. Most restrictions there were lifted on July 1, prompting a surge in infections. read more

“Infection rates are exceedingly high in several areas of the country. With the increased severity of the Delta variant, this wave is making more people very sick, resulting in a heavy strain on the health system,” Tam said.