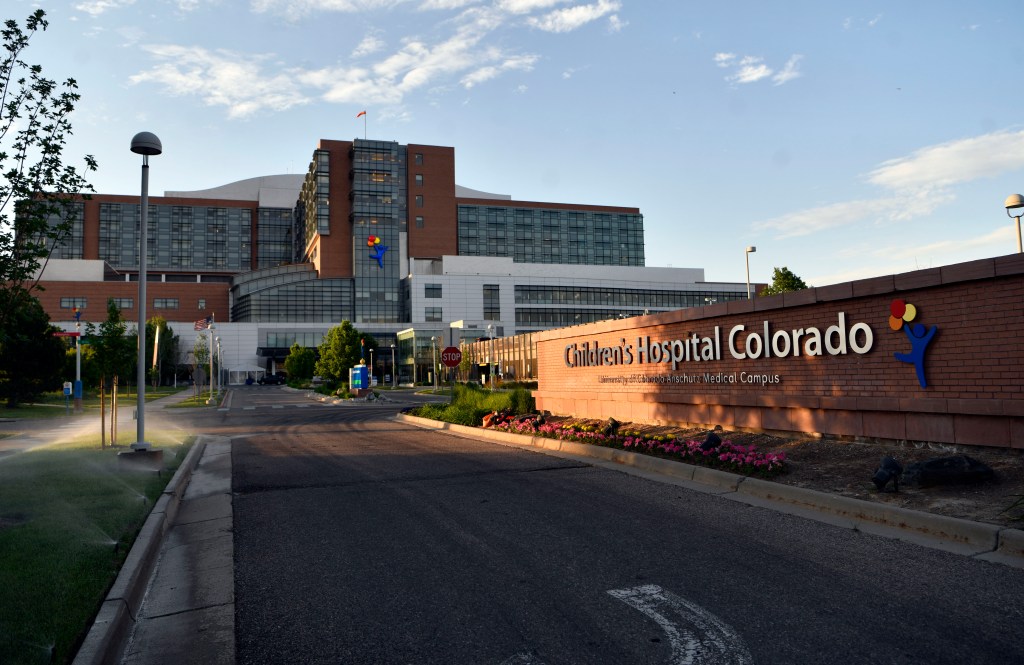 A virus that’s packed children’s hospitals in Colorado may finally be reaching its peak, but flu and COVID-19 hospitalizations are continuing to rise heading into the holiday weekend.

Dr. Kevin Carney, associate chief medical officer at Children’s Hospital Colorado, said he thinks that the number of hospitalizations from respiratory syncytial virus, or RSV, has stopped rising, but it hasn’t started to fall yet.

All of the hospital’s units are running at capacity, he said. RSV typically causes cold symptoms, but can be dangerous to young children and older adults.

“We are still dealing with higher numbers of patients than we’ve ever had to manage before,” he said. “I don’t see a scenario in the next month or two where we don’t have very busy emergency departments and inpatient units.”

Statewide, only two beds were available in pediatric intensive care units as of Monday, said Scott Bookman, director of the division of disease control and public health response at the Colorado Department of Public Health and Environment. The number has fluctuated between zero and five over the last two weeks.

Children’s hospitals are using all the space they have available, and facilities that normally wouldn’t treat kids are taking teenagers in their adult units and slightly older babies than they usually care for in their neonatal intensive care units, Bookman said.

“They are expanding capacity in every way possible… but there is extreme stress,” he said.

State epidemiologist Dr. Rachel Herlihy said there’s “no sign of RSV slowing down,” and flu and COVID-19 hospitalizations continue to increase. Between early October and Nov. 19, 295 people in Colorado had been hospitalized with flu, which is higher than is typical for this time of year.

The Center for Disease Control and Prevention’s most recent flu data is from Nov. 12. At that point, Colorado had “very high” transmission, based on the percentage of outpatient health visits that were for flu-like illness.

As of Tuesday, 387 people were hospitalized with COVID-19 in Colorado, a 21% increase over the previous week. Nationwide, COVID-19 hospitalizations are relatively flat, though they’re increasing in other states in the West, according to data compiled by The New York Times.

The state health department recorded 8,163 new cases in the week ending Sunday, an increase of about 600 from the previous week. About 12.2% of tests came back positive over the last seven days, which was slightly lower than a week earlier.

All but six Colorado counties had “high” or “substantial” COVID-19 transmission, based on their cases and positivity rates, according to the CDC. The community risk level, based on cases and hospitalizations, was high in 11 counties: Archuleta, Dolores, La Plata, Logan, Mesa, Montezuma, Phillips, Prowers, Rio Blanco, San Juan and Sedgwick.

The hospitalization rate for RSV dropped. Between the start of October and Nov. 12, 1,139 people, most of whom are children, had been hospitalized in the Denver area. The health department doesn’t collect statewide data on RSV, which was a relatively predictable virus before the pandemic.

There’s no vaccine for RSV, so prevention relies on handwashing, covering coughs and avoiding people who are ill. Wearing masks in public also reduces the risk of multiple respiratory infections.

Herlihy urged anyone who hasn’t gotten the flu shot and the updated COVID-19 booster to do so as soon as possible. People who are at risk for severe disease should also have a plan for getting antiviral medication, she said.

The number of flu shots given this fall now exceeds the number given by the same date in 2021, though it hasn’t reached 2020 levels, Bookman said. About 21% of eligible people have received one of the new COVID-19 boosters, though the rate is higher for people over 65.

The first real-world data on the new boosters suggest they aren’t a perfect shield, but offer some additional protection. Different groups who had a dose of the new shot were anywhere from 28% to 56% less likely than people who only had the older shots to test positive for the virus between mid-September and Nov. 11, according to a study released by the CDC. The effect was larger in younger people and in those who were at least eight months out from their last dose of the original formulation.

The study was based on data from community testing sites and didn’t assess the odds of severe illness. It also isn’t clear how well the shots will work against new subvariants that are replacing BA.4 and BA.5, the versions of the virus they were meant to block.

The CDC estimated BA.5 now accounts for about 24% of COVID-19 cases, and BA.4 is only responsible for about 0.1%. The BQ.1 and BQ.1.1 variants, which are generally grouped together because they only differ by one mutation, now are believed to cause about half of cases. All of the variants circulating now are in the omicron family.

BQ.1.1 and BQ.1 appear to be more contagious and better able to evade the immune system than other variants, though there’s no sign they’re more severe, Herlihy said.

Because the variants are more evasive, it appears some antibody-based treatments don’t work well against them. While antiviral treatments like Paxlovid still work, losing those drugs is a blow for people with compromised immune systems, some of whom relied on an antibody cocktail called Evusheld because they can’t mount their own defenses after vaccination.

People don’t need to forgo Thanksgiving gatherings altogether, but they do need to consider the risk of spreading viruses to those who are more vulnerable, including young children, Carney said. Families would do well to talk about who might be vulnerable and the risk they are comfortable with before gathering, he said.

“It’s way better to talk about that in advance than to wait and see what happens,” he said.

Subscribe to bi-weekly newsletter to get health news sent straight to your inbox.