Over the course of the COVID-19 pandemic, analyses of federal, state, and local data have shown that people of color have experienced a disproportionate burden of cases and deaths. They have shown particularly large disparities in cases and deaths for Black and American Indian and Alaska Native (AIAN) people and in cases among Hispanic people compared to their White counterparts. However, some of these disparities have narrowed as the pandemic spread throughout the country and social distancing measures have eased. This analysis examines racial disparities in COVID-19 cases and deaths and how they have changed over time. 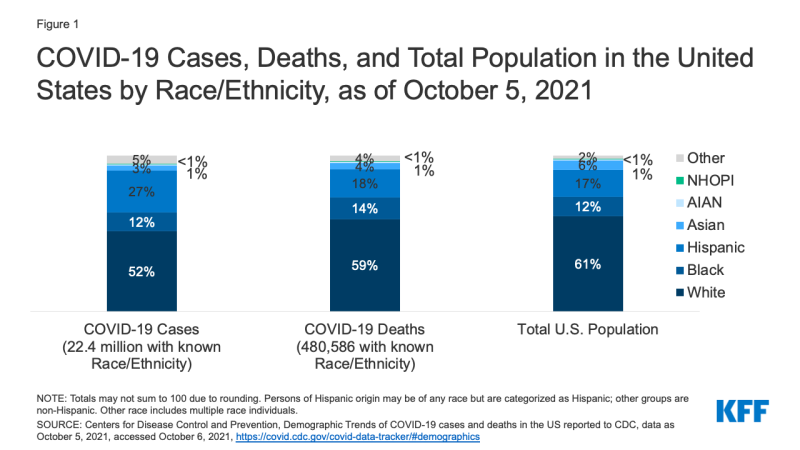 Figure 1: COVID-19 Cases, Deaths, and Total Population in the United States by Race/Ethnicity, as of October 5, 2021

When data are adjusted to account for differences in age distribution by race/ethnicity (i.e., people of color are generally younger than White people), there are larger disparities for Hispanic, Black, and AIAN people (Figure 2). Age-standardized data show that Hispanic, Black, and AIAN people are at least twice as likely to die from COVID-19 as their White counterparts and that Hispanic and AIAN people are at nearly two times greater risk of COVID-19 infection than White people. These data also show large disparities in COVID-19 hospitalizations for AIAN, Black, and Hispanic people. CDC does not report these data for NHOPI people. Adjusting by age is important because risk of infection, hospitalization, and death varies by age and age distribution differs by racial and ethnic group. If the age is not accounted for, racial and ethnic disparities can be underestimated or overestimated. 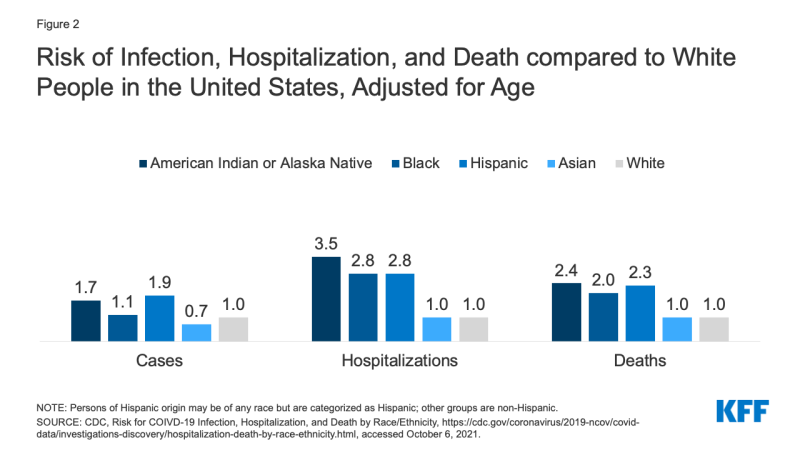 Figure 2: Risk of Infection, Hospitalization, and Death compared to White People in the United States, Adjusted for Age

Changes in Disparities in Cases and Deaths Over Time

Racial disparities in cases and death rates have narrowed for Black and Hispanic people in the recent period compared to earlier in the pandemic, while AIAN people continue to experience higher rates of infection and death. Data are not reported for NHOPI people.

In sum, these data show that disparities in COVID-19 infections and deaths persist for Black, Hispanic, and AIAN people, particularly when accounting for age differences across racial/ethnic groups. However, the data also suggest these disparities have narrowed over time for Black and Hispanic people.

Rising vaccination rates and decreasing gaps in vaccination rates for Black and Hispanic people, as shown in recent KFF analysis of state vaccination data and COVID-19 Vaccine Monitor Survey data, are likely key factors contributing to these narrowed disparities in cases and deaths. However, the narrowing may also reflect increased spread of the virus among the White population. During the early stages of the pandemic, the virus primarily affected urban areas, which include a more racially diverse population. Since late 2020, cases and deaths have been rising in rural areas, which include larger shares of White residents. Recent survey data further suggest that vaccination rates are lower among rural residents, which may contribute to higher rates of infection and death as the virus spreads through these rural areas. Changes in social distancing measures may also have influenced these trends. During earlier phases of the pandemic when many places had strong social distancing measures in place, risk of exposure and infection was concentrated among essential workers who continued to work outside the home and who are disproportionately people of color. As social distancing measures have eased and more people have returned to in-person activities, risk is no longer concentrated among essential workers. Geographic variation in other mitigation measures may also play a role. For example, as of September 28, 2021, 11 states prohibit a COVID-19 vaccination mandate, and 8 of these states include a higher share of White residents compared to the total U.S.

Although disparities have narrowed for Black and Hispanic people, recent data show that AIAN people remain at disproportionate risk for infection and death, despite having the highest vaccination rate across racial/ethnic groups. This pattern may reflect that many AIAN people live in rural areas where the virus has recently surged as well as the significant risks AIAN people face due to their underlying health, economic, and social factors. However, more analysis is needed to understand these trends. Data are not available to fully understand health impacts for NHOPI people. Overall, data show that Asian people are at lowest risk for COVID-19 cases and deaths, but these data may mask underlying disparities among subgroups of the Asian population, which is extremely diverse.

Looking ahead, continuing to assess COVID-19 health impacts by race/ethnicity is important for both identifying and addressing disparities and preventing against further widening of disparities in health going forward. While disparities in cases and deaths have narrowed for some groups due to a variety of factors, including protection from vaccination, the underlying structural inequities in health and health care and social and economic factors that placed people of color at increased risk at the outset of the pandemic remain. As such, they may remain at increased risk as the pandemic continues to evolve and for future health threats. Increasing data to better understand experiences across all groups will also be important for more comprehensive and nuanced understanding of disparities and directing of resources or efforts to address them.