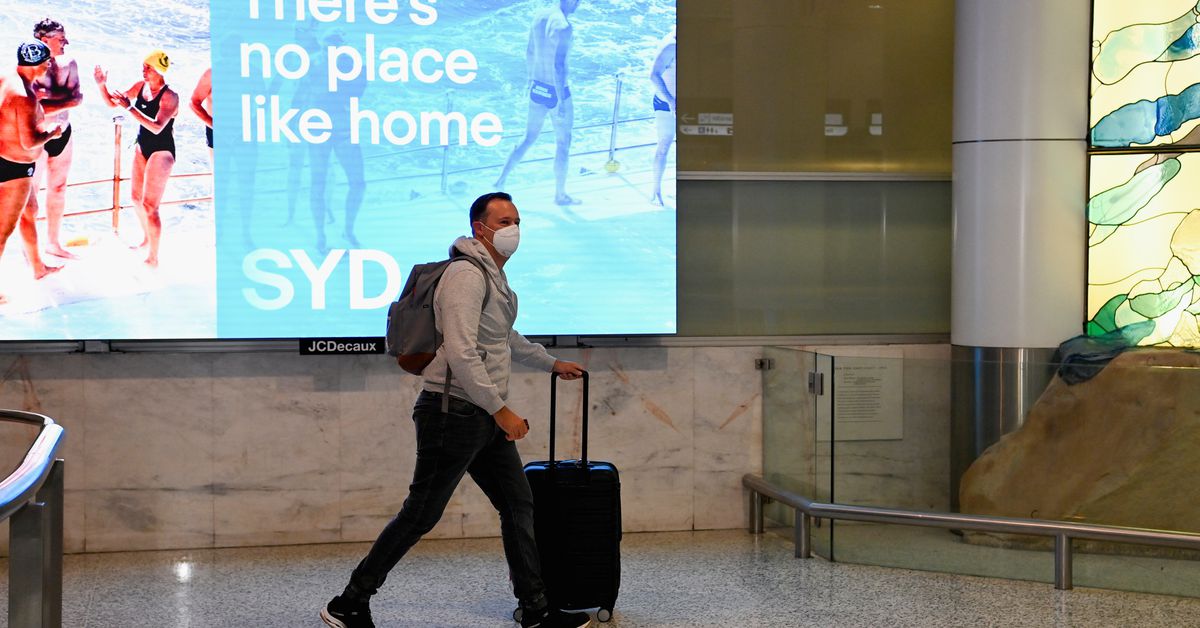 The first International traveller arrives at Sydney Airport in the wake of coronavirus disease (COVID-19) border restrictions easing, with fully vaccinated Australians being allowed into Sydney from overseas without quarantine for the first time since March 2020, in Sydney, Australia, November 1, 2021. REUTERS/Jaimi Joy

SYDNEY, Nov 2 (Reuters) – Australia’s biggest city will lift more COVID-19 curbs for vaccinated residents ahead of schedule next week, while delaying freedoms it has promised for unvaccinated Sydneysiders as officials aim to boost inoculations.

Vaccinated people in the harbour city of around 5 million will be allowed unlimited numbers of guests in their homes from Nov. 8.

Pubs and clubs will also be able to accommodate more guests and reopen dance floors, in changes that were initially planned to come into force on Dec. 1.

In contrast, unvaccinated people, who are currently barred from restaurants, non-critical retail stores, bars, gyms and other recreational facilities, will remain under the tougher restrictions until Dec. 15, or when New South Wales state’s double vaccination rate reaches 95%.

“We have always wanted to open up in a measured way and incentivise vaccination rates,” State Premier Dominic Perrottet told reporters in Sydney.

Around 88% of the state’s population aged 16 and over has been fully vaccinated, but the first dose vaccination rate has been slowing as it nears 94%.

Australia on Monday lifted a ban on its residents flying overseas after more than 18 months and allowed quarantine-free entry for fully vaccinated international travellers. read more

However, the changes initially affect only Sydney, Melbourne and Canberra, with other states and territories targeting differing timelines for reopening.

Australia had stayed largely virus-free for most of this year until a third wave in late June, spurred by the Delta variant, triggering further extended lockdowns.

The country has recorded about 173,000 cases and 1,756 deaths, with about 82% of infections attributed to the Delta wave.

New South Wales reported 173 cases on Tuesday, up from 135 a day earlier, while Victoria logged 989 cases, the lowest rise in more than a month. The Australian Capital Territory logged eight new cases. Other states and territories are COVID-free or have very few cases.