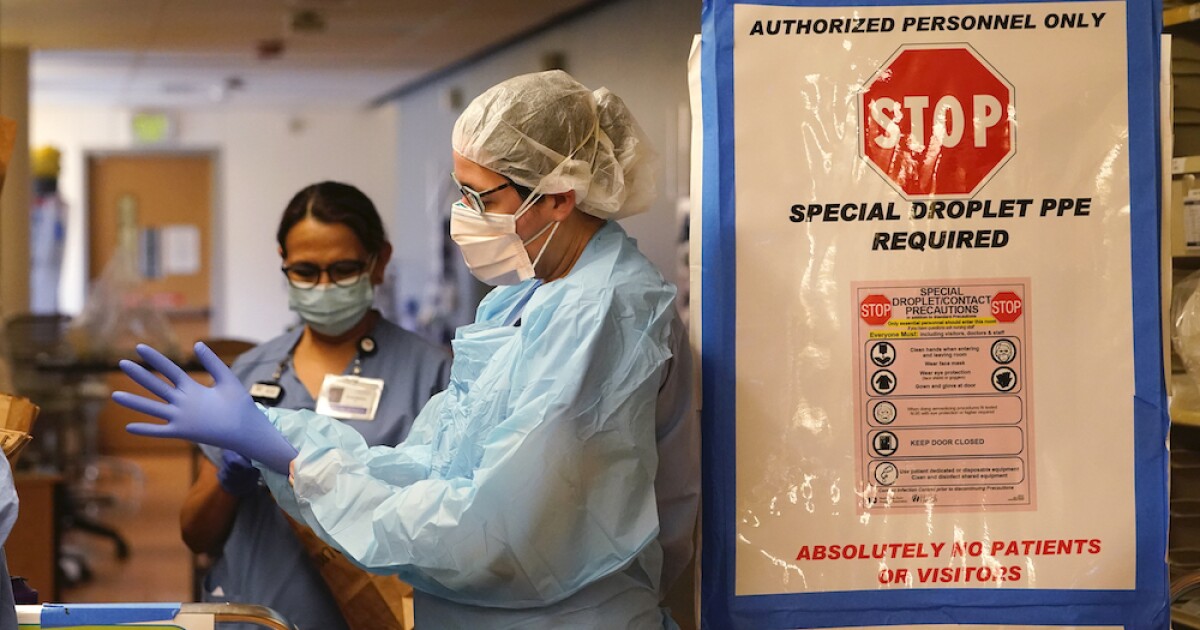 The following article was originally published in the Ohio Capital Journal and published on News5Cleveland.com under a content-sharing agreement.

A two-month surge in COVID-19 infections in Ohio appears to be easing, state data shows.

While less pronounced, the number of patients in the hospital on a given day with COVID-19 has declined as well. Fewer than 3,400 Ohioans are hospitalized with the disease as of Thursday, compared to about 3,700 in late September.

Of all COVID-19 tests taken statewide, an average of 12% are coming back positive as of Thursday, compared to about 14% in September.

The disease continues to spread at high rates, even compared to the peaks seen in late 2020. There’s also no telling how significantly the pandemic will continue to ebb. Regardless, the declines are a ray of optimistic news amid a summer and fall unexpectedly dominated by the delta variant of the coronavirus that causes the disease.

Death data lags that of other indicators, blurring the recent picture. However, early indications show while deaths leapt this summer, the spike is less significant than increases seen in cases and hospitalizations. At its recent peak Sept. 17, an average of 49 Ohioans were dying of COVID-19 per day, compared to nearly 200 per day in December 2020. The data seems to reflect a decline since then.

The downside is Ohio remains one of least vaccinated states in the nation and the pace of the vaccination campaign continues to wane.

Ohio ranks 11th by state as measured by the percent of people who have received at least one dose of the COVID-19 vaccine, according to a tracker from The New York Times.

About 54% of the total population is vaccinated (roughly 2 in 3 adults).

By state, that beats out stragglers like Idaho (48%), West Virginia (48%) or Wyoming (49%), but pales in comparison to leaders like Hawaii (77%), Vermont (78%) and Massachusetts (78%) in terms of percentage of the population who is vaccine-started.