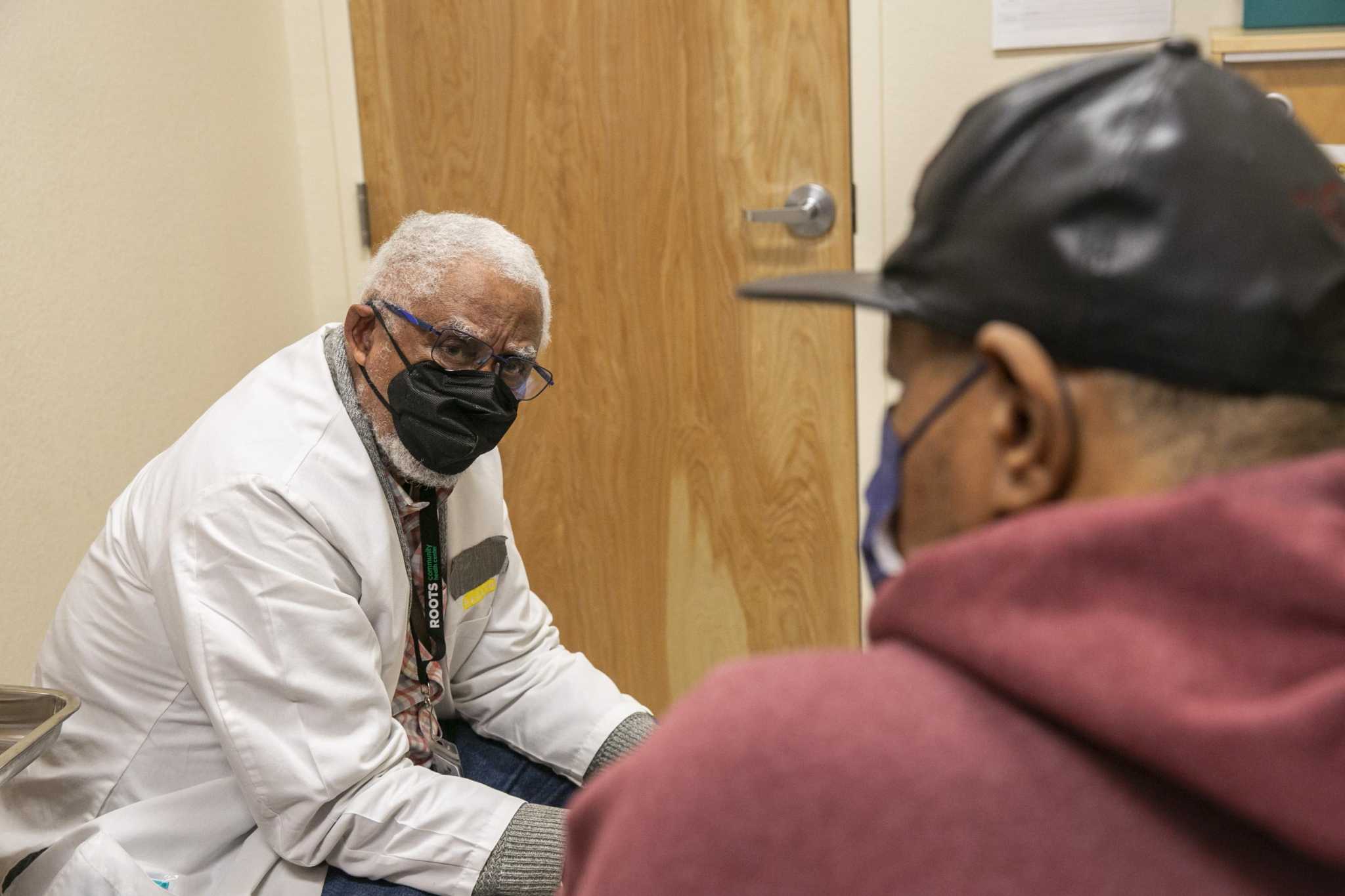 The Bay Area appears to have avoided another devastating winter COVID-19 surge, at least for now.

The pace of new infections has substantially slowed down across California after peaking in late November, despite the holidays and recent storms that kept people indoors. At the same time, concentrations of SARS-CoV-2, the coronavirus that causes COVID-19, have fallen off sharply in most Bay Area wastewater samples during recent weeks.

The good news is moderated by the looming threat of a new coronavirus subvariant — the highly contagious XBB.1.5 omicron offshoot, which has reversed positive COVID trends on the East Coast. XBB.1.5 has accounted for a far lower share of cases in the West so far, but its percentage is rising and public health experts can’t predict how it may affect the population here.

California’s health department reported 3,997 average cases of COVID per day — or 10 per 100,000 residents — as of Thursday. That’s down from 4,395, or 18 per 100,000, a month ago and less than 2% of the peak reported last winter, when the original omicron variant took off during the holiday season and reached an astonishing 307,900 daily cases in the second week of January.

Even though the number of official COVID tests performed in California has dropped to levels last seen in the summer of 2020 due to widespread use of home test kits whose results are not reported to authorities, other metrics such as the test positivity rate affirm the stark difference between this year and last.

California’s seven-day rolling coronavirus test positivity rate, which tracks the percentage of lab test results that are positive for COVID-19, has fallen to 6.1%, down from 10.4% in the prior month and more than 20% a year ago.

New hospital admissions of patients with confirmed COVID-19 statewide have also inched down, to 3,372, about 22% below the 4,310 reported a month ago and 11% less than last week. Around 6% of the state’s inpatient beds are in use for COVID-19 patients.

Public health experts are hopeful the numbers will continue to move in the right direction.

“I think for the next few months, we’ll be in a lull,” said Peter Chin-Hong, an infectious disease expert with UCSF. “So many people got infected recently with BQ.1 and BQ.1.1 that it gives us a buffer.”

The BQ.1 and BQ.1.1 omicron subvariants remain the leading sources of COVID-19 in California, accounting for 67% of new infections, according to the most recent data from the state. But models estimate that XBB.1.5 is expected to make up a quarter of new cases by next week.

“For people who have managed to avoid COVID-19 until now, it’s going to be harder to avoid getting infected,” said Chin-Hong. “That’s the bottom line with XBB.1.5. It’s going to infect people.”

The only indicator not currently showing improvement is the death rate, with the state reporting an average of 42 confirmed COVID-19 deaths per day vs. an average of 31 per day a month ago. Fortunately, these figures remain far lower than a year ago or the worst period in early 2021.

The local trends follow what is happening at a national level.

The pace of new COVID-19 hospital admissions has declined across the U.S. after peaking in early January, according to preliminary figures published Thursday by the U.S. Centers for Disease Control and Prevention. The current seven-day average of new hospitalizations is 5,014, down from 5,997 in the prior week, marking a 16.4% decline. The rate of admissions is 76.7% lower than it was at the same time last year during the winter omicron surge.

Even so, a total of 3,907 Americans died of COVID-19 in the week ending Jan. 11, marking the highest figure for virus fatalities in the nation since late August, according to data published Friday by the U.S. Centers for Disease Control and Prevention.

The Northeast region of the country, where XBB.1.5 has grown to dominance, tallied a substantial loss, with 447 deaths recorded in HHS Region 2, while the mid-Atlantic region saw the sharpest spike with 523 deaths. Though these numbers remain far below those recorded during previous COVID-19 surges, they have sharply increased since late December and could continue to rise.

“We’re still seeing 500 deaths a day,” said Chin-Hong. “That is always in the background. That’s not budging.”

There are other variables at play, too. California is set to close dozens of state-run COVID-19 testing and treatment sites ahead of the planned end of the state of emergency in February. Sites operating at less than 50% capacity are scheduled to close before the end of January. That could cut off a large portion of the population from life saving pandemic control measures.

The overwhelming societal push to resume pre-pandemic life may also backfire, especially with XBB.1.5 rapidly gaining ground and cases skyrocketing in China amid Lunar New Year celebrations. It is also unlikely that the federal government will offer another round of vaccine booster shots even though protection is fading for a majority of people, including those who received the bivalent booster in the fall.

But for the moment, Chin-Hong said, Californian can breathe a sigh of relief.

“We may have little bumps in the road,” he said. “But I’m crossing my fingers that the next time we see a huge surge will not be until next winter.”