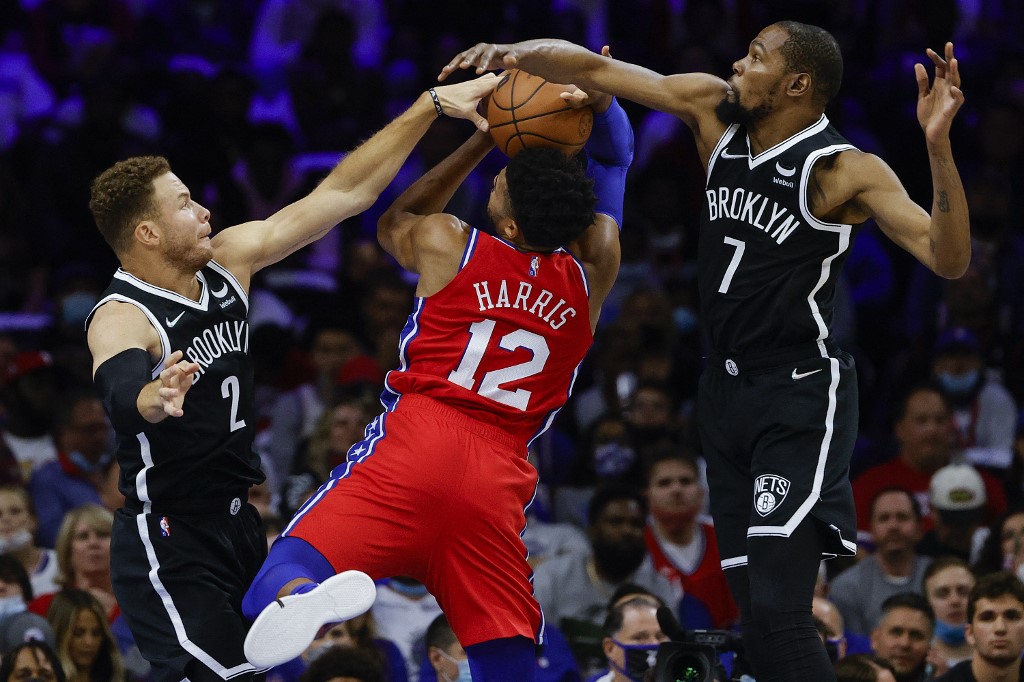 File picture shows Blake Griffin #2 and Kevin Durant #7 of the Brooklyn Nets blocking Tobias Harris #12 of the Philadelphia 76ers during the first quarter at Wells Fargo Center on October 22, 2021 in Philadelphia, Pennsylvania. — Getty Images via AFP

LOS ANGELES, Oct 31 — The National Basketball Association has slapped Brooklyn Nets star Kevin Durant with a US$25,000 fine for tossing the ball into the stands at the Barclays Center arena on Friday night.

Durant was hit with the fine for a play that officials said following the game should have led to his ejection but didn’t.

Durant finished with 22 points and 11 rebounds in a team-high 37 minutes of playing time as the Nets beat the Indiana Pacers 105-98.

Durant was fouled with 4:40 left in the third quarter. Instead of handing the ball to the referee he launched it into the stands.

Durant was called for a technical foul, but crew chief Sean Wright said after the game that he should have been thrown out.