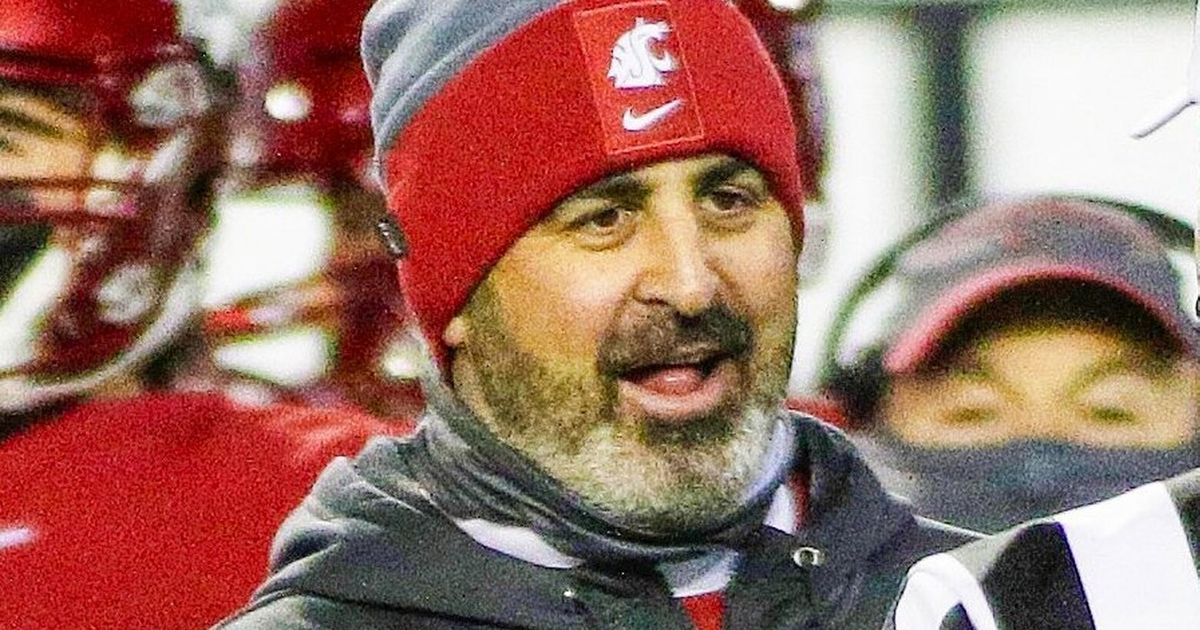 Former Washington State football coach Nick Rolovich spoke publicly for the first time since being fired for refusing the COVID-19 vaccine during the 2021 season.

The website DailyWire+ published an interview with Rolovich on Friday. He said a “lack of answers” and “lack of dialogue” about the effects of the vaccine, along with his religious beliefs, led him to decide against the vaccine, which was mandated for state employees by Gov. Jay Inslee. ESPN first reported a story based on the interview.

“The priest broke it down to me, because he wanted to know why, and I said, ‘This is just how I’m feeling,’ and he says, ‘Well, that’s your conscience talking to you and the Catholic church recognizes your conscience,’ ” Rolovich said in the DailyWire+ interview, according to ESPN. “That was what was speaking to me the whole time. It was real hard because I was unvaccinated, couldn’t meet with the [players]. I’m stuck in my office all day. It was really unhealthy for me, but I have no regrets on my decision.”

This year Rolovich filed a $25 million wrongful-termination claim against Washington State, which fired him for cause with about $9 million remaining on his contract. Rolovich coached 11 games in less than two seasons. Four of his assistant coaches also were fired for not taking the vaccine.

Jake Dickert, then the defensive coordinator, took over as interim coach. His interim tag was removed after the season.

“[WSU athletic director Pat Chun] said, ‘You got four options: resign, get the vax, get a medical exemption, get religious exemption,’ ” Rolovich told DailyWire+, according to ESPN. “I’m not getting the shot. I’m not resigning. I’m not going to get a medical because I could go get a fake card, easy, but then I’d be lying. … I’m going to do a religious [exemption]. And they both said ‘We’re not going to believe you, you know, the governor’s not happy with you.’ “

Rolovich said in the interview that the state’s human resources department approved his exemption, but he said Chun “helped” in getting it eventually denied.

Rolovich had a chance to talk with Dr. Guy Palmer, a WSU professor of pathology and infectious diseases, ESPN reported. Palmer said Rolovich asked a lot of questions usually in line with conspiracy theories.

“Kind of typical ones: Is Bill Gates involved with the vaccines? Does [Gates] hold a patent on the vaccines?” Palmer told ESPN. “He asked whether SV40 is in the vaccines and whether that could be a dangerous thing. And the answer to that is no.”

The DailyWire+ interview was conducted by Allison Williams, a former ESPN employee who left the network because of its COVID-19 vaccine policy, ESPN said. DailyWire+ describes itself as “Live Shows, Fearless Documentaries, And Woke-Free Movies You Won’t Find Anywhere Else.”

“A lot of people called me, texted me, [saying] ‘I’ll take 10 shots for that money,’ ” Rolovich told DailyWire+. “That’s great, I won’t, not right now with what we know and how I feel. Sitting here seven months later, to me, God was right, trusting that feeling and that belief really did end up helping me out.”

ESPN reported that Rolovich told DailyWire+ that he is awaiting a right-to-sue letter from the Equal Employment Opportunity Commission before continuing his legal action against WSU.

A $25 million tort claim was filed on Rolovich’s behalf with the state’s Office of Risk Management on April 27. A tort claim is a prerequisite to filing a lawsuit against a state agency, said Brionna Aho, spokesperson for the Office of Attorney General Bob Ferguson.

Chun and the university declined to comment on Rolovich’s interview, ESPN reported.