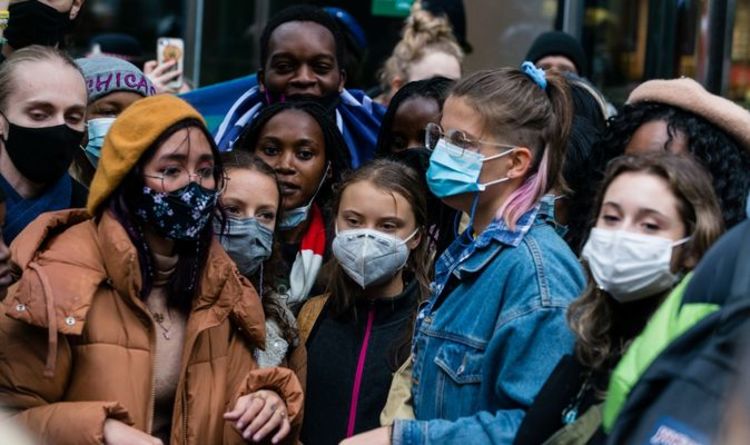 Police escorted Greta Thunberg when she arrived in Glasgow from London in time for the COP26 summit. Ms Thunberg travelled from London Euston in a specially-chartered “climate train.”

As she walked through Glasgow city centre, photographers were frantically trying to take pictures of her and fans climbed over the crowd to catch a glimpse of the 18-year-old.

The climate summit starts on Monday in Glasgow with over 120 world leaders expected to attend.

The climate activist is expected to take part in other demonstrations during the two-week summit in Glasgow.

A march has been planned for November 5, organised by Fridays for Future Scotland, the Scottish branch of the movement inspired by Greta’s activism.

During a preview for his BBC One show on Sunday, Andrew Marr asked Ms Thunberg if she had been invited to Cop26, and she responded: “I don’t know. It’s very unclear. Not officially.

“I think that many people might be scared that if they invite too many radical young people, then that might make them look bad.”

The conference will run until Friday 12 November.

Greta Thunberg travelled to Scotland after taking part in a demonstration outside a bank in London.