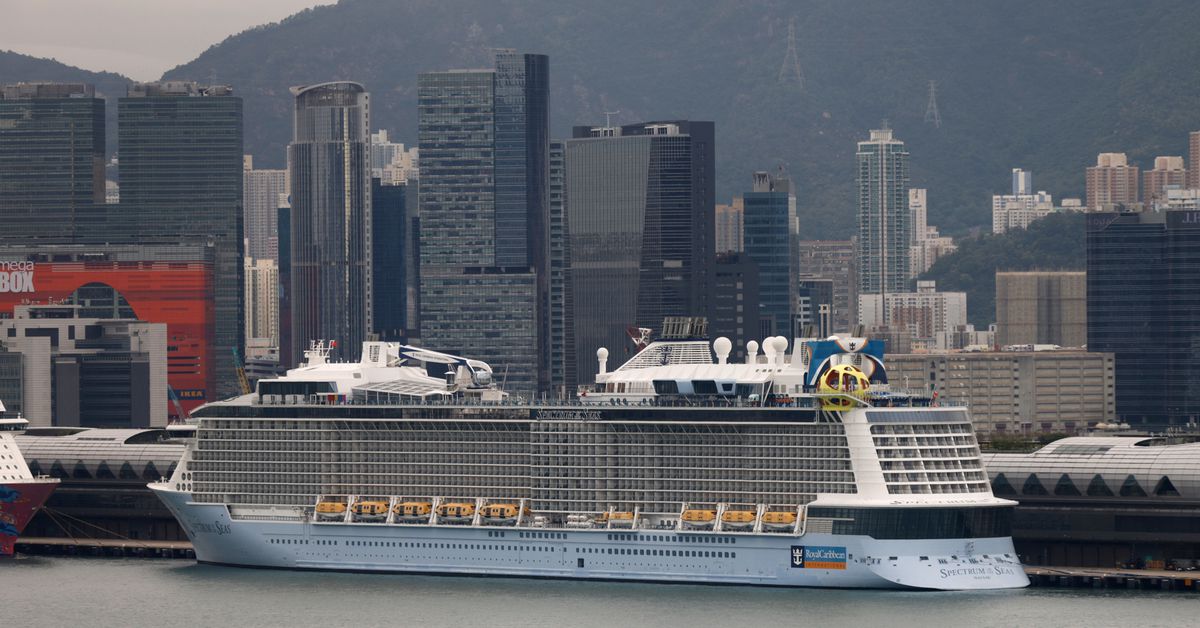 HONG KONG, Oct 22 (Reuters) – Hong Kong authorities prevented a Royal Caribbean (RCL.N) cruise ship from departing the city’s terminal late on Thursday as a crew member was suspected to have COVID-19 after routine testing, the government and the cruise operator said.

The “Spectrum of the Seas” ship was scheduled to begin a “cruise to nowhere” journey in nearby waters, restricted to half capacity and only for fully vaccinated residents who tested negative for the virus 48 hours prior to the trip.

About 1,000 passengers out of a total of 1,200 had already boarded the ship before the four-night trip was cancelled. All have to undergo compulsory testing but were allowed to leave the ship as they did not have direct contact with the crew member.

“In a routine COVID-19 test on crew members today, we identified one crew member who tested indeterminate. Following secondary sample testing, the test resulted preliminary positive for COVID-19,” Royal Caribbean said in a statement on Facebook.

The 40-year-old crew member tested positive for COVID-19 in Malaysia in July and then tested negative for more than 10 times since returning to Hong Kong in August. He was fully vaccinated with China’s Sinovac vaccine (SVA.O).

His latest sample was collected on Oct. 19 and had a “very low viral load”, the Centre for Health Protection said in a statement, adding he was asymptomatic and the decision to hold the ship was “a prudent measure”.

Hong Kong has some of the most stringent travel restrictions in the world and is virtually COVID-19 free. The Chinese-ruled city has reported just over 12,300 cases since the start of the pandemic, mostly imported, and 213 deaths.