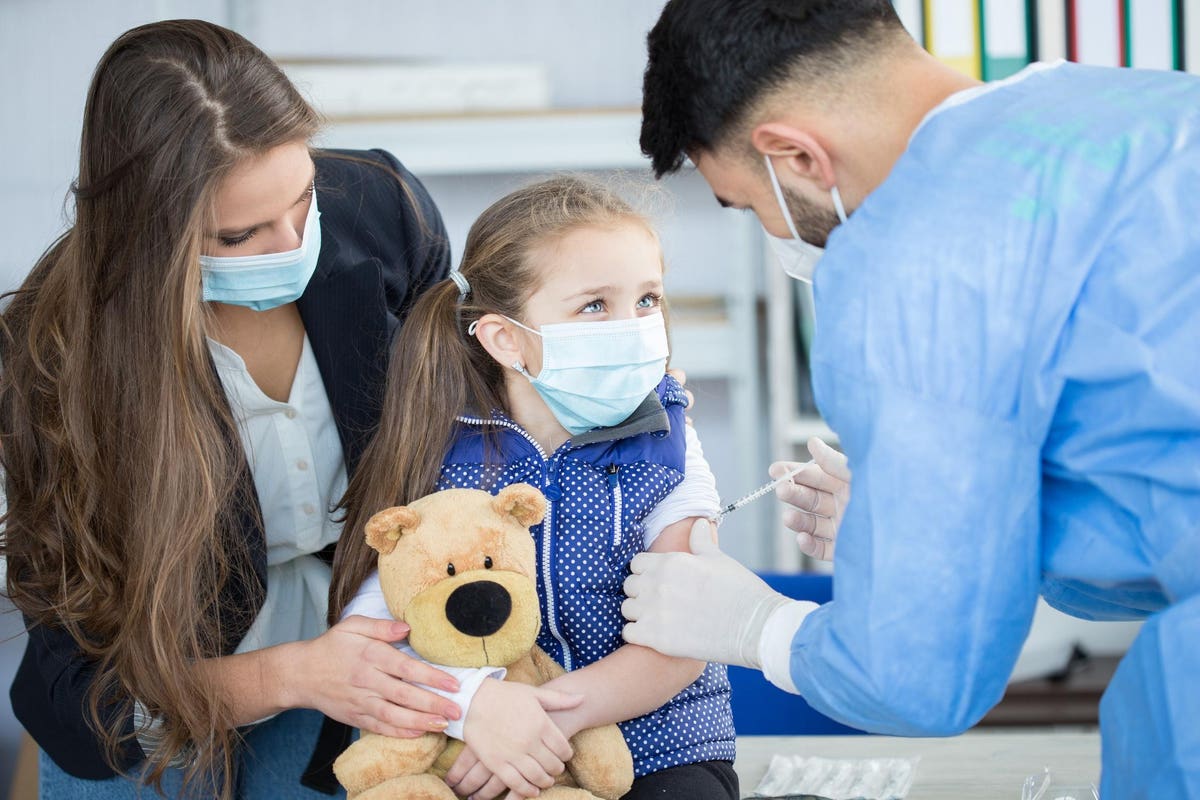 American kids are expected to roll up their sleeves in the coming weeks and although many parents and children will undoubtedly be relieved, the reality is that needles often hurt and 2 of 3 kids have some kind of fear of needles.

However, perhaps surprisingly, there are many scientifically proven ways to minimize pain and stress typically associated with needles, according to a leading expert on pain management in children.

“When I became a mother myself and started taking my own children for vaccinations and hospital visits, I realized that there’s a ton of great science out there about how to make needles and other types of painful procedures easier for kids,” said Christine Chambers, PhD, Professor in the departments of Psychology & Neuroscience and Pediatrics at Dalhousie University in Halifax, Nova Scotia, Canada. “But that research really wasn’t being used and most health professionals and parents were unaware that there are simple, evidence based strategies that they can use to make needles easier on children,” said Chambers

As a psychologist and researcher, Chambers has been studying pain in children for over 25 years and is the leader of the “it doesn’t have to hurt” campaign. The initiative started with a YouTube video in 2013 explaining the do’s and don’ts of helping children with needle procedures such as vaccinations, but has evolved into a huge social media campaign with over 150 million views worldwide, which has even been featured in the New York Times.

“We often talk about the three P’s that parents can use to help their kids with needle procedures; physical, psychological and pharmacological,” said Chambers

Pharmacological mostly involves the use of topical anesthetic creams or patches applied to the skin 30-60 minutes before the procedure that temporarily numb the area of the injection. It works well for people of all ages, not just children, and some creams are even branded for relief from tattooing, although parents should make sure any topical creams they find are recommended as suitable for children.

For the physical component, children are encouraged to sit upright as there is evidence that this may reduce their pain compared to lying down. Children can also be encouraged to tense their muscles (like a robot) and then relax them (like spaghetti noodles).

For the psychological aspect of preparing children for vaccinations, there are two key strategies that have been shown to work well in research studies; distraction and relaxation or breathing exercises.

“What you use or how you distract a five year old and how you distract an 11 year old, may be very, very different. So I always, encourage parents to think in advance about what they can bring with them to the clinic, to their doctor’s office, to the pharmacy, that will engage their child,” said Chambers.

Chambers recommends tablets or phones with engaging age suitable videos or games for all children For distractions that encourage breathing in younger children, bubbles work really well, for slightly older children, breathing with them can help.

“Anything that will allow the kids to kind of have a different focus and to really promote distraction as well as relaxation is ideal,” said Chambers.

The psychological component of preparing children also includes talking with them before the vaccination.

“Before the procedure, some of the critical elements involve just being honest with children. When they are told that they are going to the doctors or hospital, most children will ask why and often ask, “am I going to get a needle?” sometimes parents don’t want to say yes, because they’re worried that it will cause anxiety. But of course, if you say no, and then your child in fact is getting a needle, it really creates a lot of distrust,” said Chambers.

Chambers recommends that parents have a conversation with their child about the vaccine anywhere between 2-5 days before the event.

“Whether it’s a vaccination or other type of procedure, a lot of people don’t take the time to explain to children, why it’s being done. And providing that kind of context for kids, in this case that they are getting a vaccine to protect them from Covid-19 and help keep others around them safe, is very important and can really help the child,” said Chambers.

Perhaps surprisingly, evidence shows that some well-meaning attempts by parents to reassure children might actually increase the pain and anxiety that the child experiences during the needle. This is because children perceive parents saying reassuring things such as “it will be okay,” or “it will be over soon” as more anxious.

Chambers suggests that the best things parents can do in this situation is to focus on distraction techniques, urging their children to pay attention to something else other than the injection, or to even use humor to lighten the situation.

Minimizing the pain and stress from injections is important not only for the appointment itself, but for how children cope with procedures including needles later on in life. Researchers know that early traumatic experiences with needles can lead to life-long phobias which can make needle procedures very distressing in both children and adults, so making sure the event is as calm and pain-free as possible is important to help avoid problems further down the line.

“A lot of people think it’s just a needle, what’s the big deal? But in reality, needle fears are really, really common. 2 of 3 children have a fear of needles and most people with needle fears can link their fear back to one, poorly managed painful procedure as a child,” said Chambers.

Many children receiving Covid-19 vaccines will already know adults and older children in their lives who are already vaccinated, which may provide comfort and reassurance, but the ongoing pandemic and constant news cycle may also make some children more anxious about this particular vaccination than with others.

“We really need to be aware of the fear, anxiety and all the things that our children have given up over the last 20 months to keep adults safe. I think we can really frame this vaccination as an important positive event for them,” said Chambers.

Full coverage and live updates on the Coronavirus