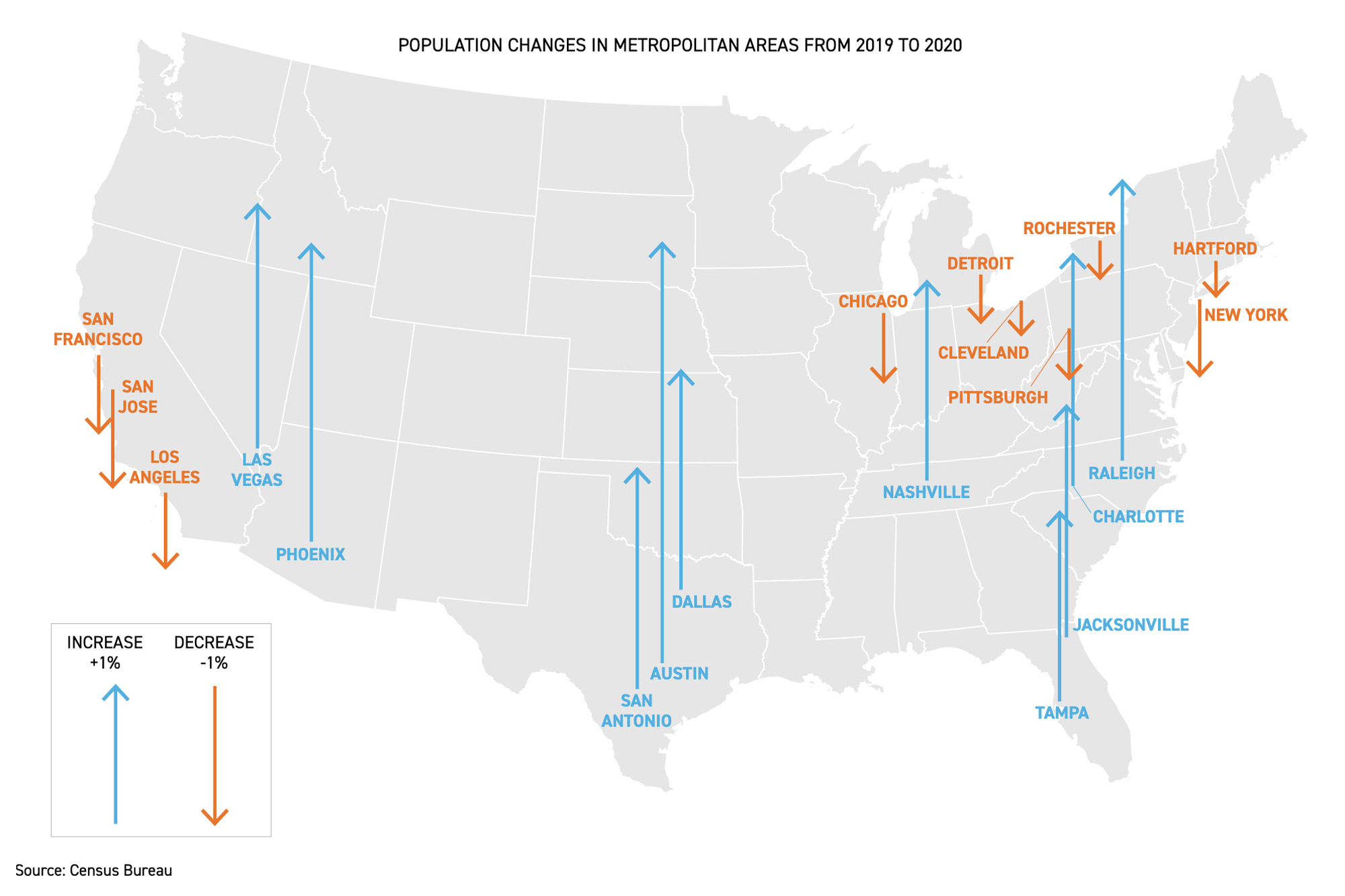 At the start of the pandemic, the familiar hustle and bustle of cities across the nation quieted. Los Angeles’ infamous traffic dwindled and New York’s crowded subway stations emptied. In the months since, some residents and workers have returned, but not all.

These charts illustrate some of the changes brought on by Covid-19, and how the life of our cities is evolving.

Overall, out-migration from urban areas accelerated last year, with swaths of people moving to suburbs and smaller towns. A POLITICO analysis of Census data for metropolitan areas with more than 1 million residents found that the migration pattern wasn’t uniform. Some of the nation’s most populous metros — New York, Los Angeles and Chicago among them — suffered some of the steepest losses from July 2019 to July 2020, while Sunbelt cities like Austin and Phoenix recorded high rates of growth. Technology hubs like San Francisco, San Jose and Raleigh were also among those that lost residents, in part because so many of the tech companies that form the economic foundation of those cities have transitioned to remote work.