Alexander Volkanovski says he won over more than Mad Max, Marshmello and The Rock with his latest UFC title defence — with the champ insisting he is finally rid of “a bias” that has already “impacted too much of my career”.

Speaking this week from Sydney hotel quarantine — where he is already back training on wrestling mats shipped in by his team — Volkanovski has opened up on some 48 hours of Las Vegas partying which followed his incredible win over Brian Ortega at UFC 266.

The Wollongong striker also suggested the emphatic result, which saw him escape two deep choke attempts by Ortega, had earned new respect among not only US fight fans, but also UFC commentators.

Pushed on his concerns, Volkanosvki said that just like in his two most recent wins against Hawaiian legend Max Holloway, where he dethroned the champ and then defended, the television commentary for the Ortega fight was “ridiculously” biased against him.

However the Australian is hopeful his win over Ortega, and the response it invoked from an eclectic group including Conor McGregor, Oscar De La Hoya, even Dwayne ‘The Rock’ Johnson, will now completely overhaul how he is perceived Stateside.

After defending his strap for the second time, Volkanovski then enjoyed a Las Vegas after-party which — apart from downing more shoeys than he could count — also included spinning discs with Marshmello, celebrating his birthday at an exclusive French restaurant booked out months in advance, and VIP treatment at a Las Vegas Raiders game.

In fact, the Aussie revealed this week his only regret was not seeing Hollywood megastar Mel Gibson, who was sat cageside for his fight.

“Because I’m a huge Mad Max fan,” the champ said. “So it would’ve been cool to give him a wink or something.” 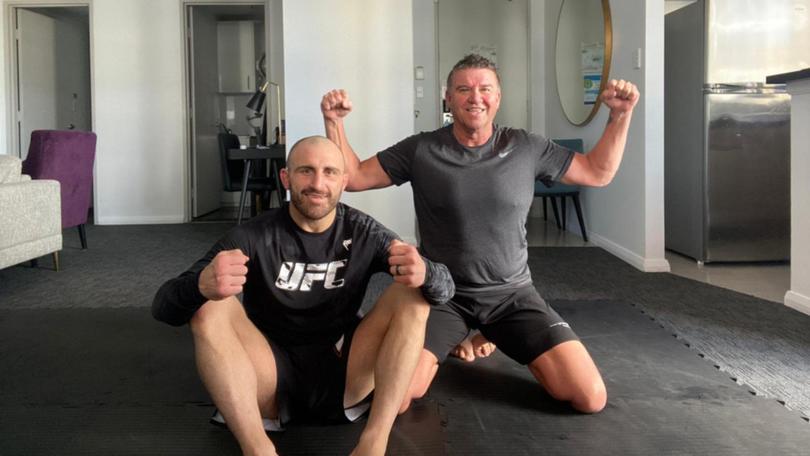 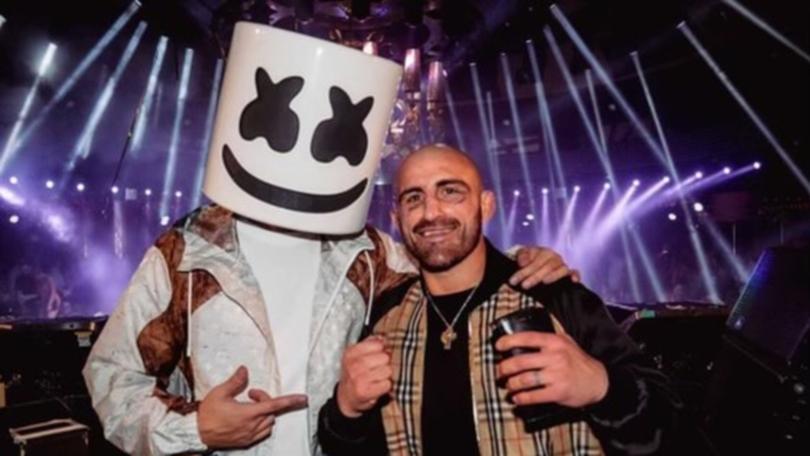 Volkanovski revealed he had also spoken with UFC commentators Daniel Cormier and Paul Felder, both of whom reached out after hearing the Aussie had been upset with their commentary.

“And maybe it’s an American thing,” said Volkanovski, who is not only bunkered down in quarantine with trainer Joe Lopez, but already back doing padwork and wrestling sessions several times a day.

“But there just wasn’t as much acknowledgment of my work as there should have been.

“My strikes were double, triple Ortega’s.

“Yet listening to the commentary, you would think it was one of the closest fights ever.

“But both guys have already reached out since. They heard I was unhappy and reached out to apologise.

“But that bias has already affected my career.

“Especially after the second fight with Holloway (which Volkanovski won via split decision). The bias around that whole thing, especially when you watch the fight back, or have a look at the stats, it was just ridiculous.

“So while I don’t want to sound like I’m whinging, I also want people to know that I’m aware of it — and that I want it to stop.”

“After the way my fight with Ortega went, yeah I do,” he continued. “I think that win, and the way I achieved it, has changed some opinions.”

While Holloway has a November fight booked against Yair Rodriguez, Volkanovski expects his arch rival to not only win but be catapulted straight into a trilogy bout with him. 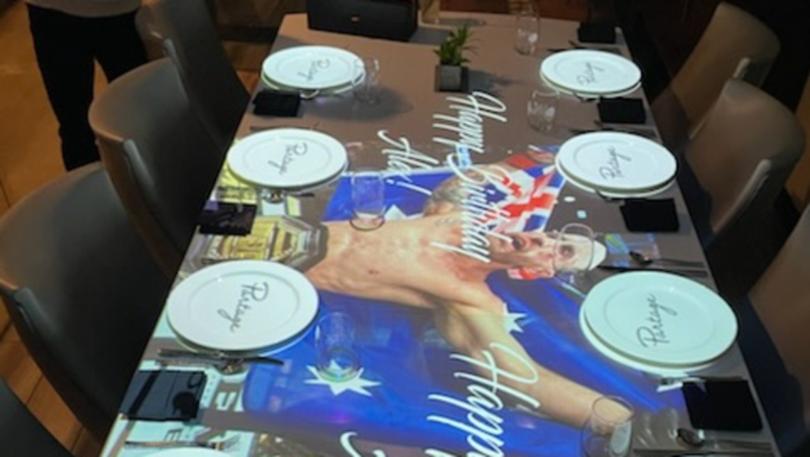 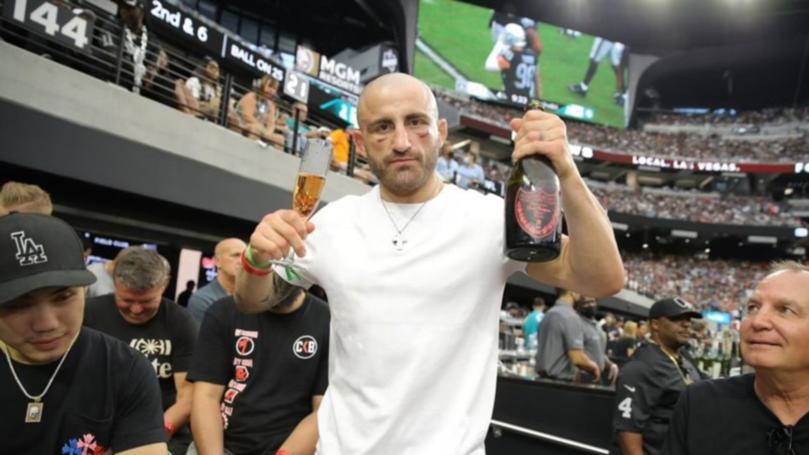 “And I want to fight the best,” the Australian said.

“Even though I’ve beaten Max twice, people are still throwing his name out there. Plus it’s a money fight, has plenty of hype, it’s something people want to see.

“And to beat Max again, then it’s no longer in question — I’m GOAT of this division.

“Looking at GOAT of the UFC. So let’s go.

“I want to keep beating these guys everyone says I can’t.”