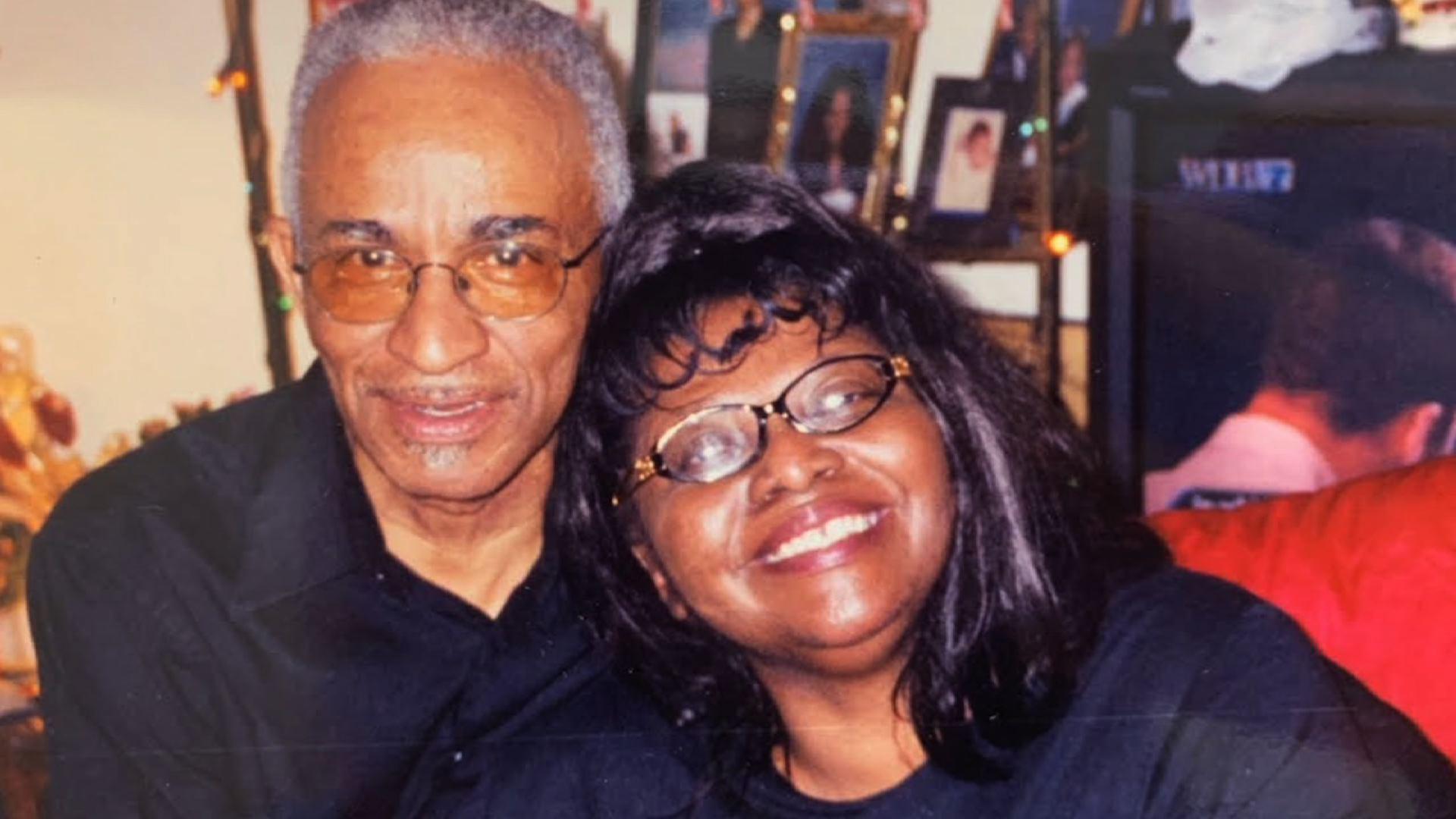 Even before COVID-19 exposed a profit-driven nursing home industry with too few caring for society’s most vulnerable, thin staffing was a hallmark of facilities around the country. Now, an Associated Press analysis finds staffing is even thinner. (Oct. 7)

Leaders and staff at a federal veterans’ nursing home in Illinois mismanaged a coronavirus outbreak that killed 11 residents in fall 2020, well after employees had been put on notice about the danger the pandemic posed to its elderly population, a government investigation found.

A staff member exposed at home was denied a test and told to just wear a mask while finishing a shift caring for residents. The employee tested positive the next day.

Testing was inconsistent, even after the virus started to spread within the Veterans Affairs complex in Danville, located in a rural part of the state near the Indiana border. Isolation of exposed individuals – even those who tested positive – was haphazard.

“Direct care staff described chaos and a lack of awareness of what to do,” the inspector general at the U.S. Department of Veterans Affairs concluded in a report released last month.

The outbreak lasted for five weeks in October and November 2020. During those two months, 92 staff and 239 patients tested positive at the facility, which includes a nursing home, hospital and outpatient clinic.

Marine Corps veteran Mike Manning, 73, was one of those who died, but his daughter said VA officials didn’t cite the virus on his death certificate until she called to complain.

Caitlin Darling told USA TODAY she believes the staff who cared for her father were doing their best, but management may have left them ill-equipped to handle the outbreak.

Nursing homes were hotspots for coronavirus

COVID-19 tore through long-term care facilities across the country, accounting for a third of coronavirus deaths during the first year of the pandemic. Tragic tales of deaths due to problems with testing, personal protective equipment and infection control emerged at state veterans’ homes in Massachusetts, New Jersey, and Texas.

The inspector general’s report on the VA Illiana Health Care System in Danville is the first to publicly detail extensive breakdowns at a facility operated by the U.S. Department of Veterans Affairs. The agency runs a system of 134 nursing homes that serve roughly 9,000 veterans a day across 46 states, the District of Columbia and Puerto Rico.

An examination by the Government Accountability Office in June found there were 3,944 cases and 327 deaths among residents of VA nursing homes from March 2020 through mid-February. The cumulative case rate among residents was 17% and the death rate was 1%.

Those numbers are miniscule compared to nursing homes nationwide, where researchers estimate there were 592,629 cases and 118,335 deaths last year. The death rate among long-term care residents as of March was 8%, according to the COVID Tracking Project.

Deaths and infections at VA nursing homes varied, just like they did at nursing homes overall. The highest cumulative case rates from March 2020 to mid-February ranged from 38% of residents at the VA nursing home in Los Angeles to 59% at the facility in Montrose, New York.

The highest death rates were at facilities in the Northeast, where they peaked at 8% to 12% during the early months of the pandemic.

The facility in Danville had the fifth highest death rate. In just a month, it went from zero to 6%. The true rate is likely higher because the GAO counted only seven deaths during the outbreak. The inspector general found four others related to COVID.

The watchdog launched an investigation after receiving complaints in October 2020 as the outbreak unfolded. Investigators concluded a lack of planning and urgency contributed to failures in testing, training, and other infection-control measures.

A resident with confirmed COVID-19 was left overnight with a roommate, they found. The roommate wandered the halls and into communal areas before ultimately testing positive.

VA officials extended condolences to loved ones of the veterans who died. In a statement provided to USA TODAY on Friday, VA officials in Washington said they “deeply regret” what happened.

Staci Williams, acting director of the Danville VA facility since August, said, “The cases in our Community Living Center (nursing home) impacted our entire staff and reinforced our commitment to learning and improving from the experience.”

Inadequate planning and a lack of urgency

The Danville VA facility, about 90 minutes west of Indianapolis, has primary care and mental health clinics, and an acute-care medical center with 38 hospital and psychiatric inpatient beds. The facility’s nursing home has more than 100 beds spread across several units, which provide rehabilitation services and long-term care for Alzheimer’s, dementia, and other ailments.

When the virus hit last year, administrators developed a 46-item action plan covering everything from staff and visitor screening to signage and personal protective equipment. The facility set up a command center staffed with specialists in infection, quality control and emergency management. The director held town halls with staff. They planned to take coronavirus patients from the community if the need arose.

But the inspector general found several critical breakdowns. The action plan included only two items specific to the nursing home – one about providing staff and space for training and another about screening people who entered.

By late June, after the rural area around Danville escaped the waves of infections reported in the Northeast and other urban areas, the director of the VA facility reduced the frequency of town hall meetings and curtailed operations at the command center.

Staff in nursing home units were not included in the facility’s respiratory protection program, so they weren’t all fit-tested and issued N95 masks or trained on the use of other respirators.

Though staff had planned what to do with patients from outside the facility, the inspector general found, “the Facility Director acknowledged that an internal outbreak was not part of the considerations.”

The facility was ill-prepared on Oct. 12, 2020, when a staffer in a nursing home unit developed a cough and learned that a close family member had tested positive.

The staff member wasn’t tested and was told to put on a mask and keep working.

“This failure resulted in an employee, who later tested positive for COVID-19, providing direct patient care,” the inspector general found.

Under national VA guidance, after an employee tests positive, all staff and residents should be tested as soon as possible. The inspector general found only two-thirds of staff in one Danville nursing home ward, nicknamed “Victory,” and 22% of staff in another, nicknamed “Unity,” were tested on their next shift.

Investigators found that staff continued to treat two residents with aerosol-generating equipment such as nebulizers without precautions to contain the droplets. The two residents tested positive.

Group therapy sessions continued. In the days after the initial staff member’s diagnosis, five residents were diagnosed with COVID-19 shortly after attending group sessions with several residents. Prior to the outbreak, staff said residents did not wear masks to the sessions, though the facilitator did.

A nursing home manager and recreation therapists told investigators they didn’t know about the directive to cancel group activities.

“Recreation therapists described their concern for both the physical and emotional well-being of the CLC (nursing home) residents and shared they wanted to do the best they could with the information that they had,” the inspector general said.

Mike Manning had been at the Danville VA nursing home since January 2020, his daughter said.

Diagnosed with Parkinson’s disease and dementia, he had deteriorated in a matter of months from driving, living alone, and hanging out in a coffee shop in Springfield, Illinois, to needing the kind of care provided at the VA’s skilled nursing facility in Danville.

“He was not happy,” Darling said. “Part of what kept him there and made him stop fighting me was COVID happened. And I said, Dad, you need to stay there where you’re gonna be safe.”

In late September, as part of pandemic safety protocols, Manning was quarantined in a room on the Victory ward for 14 days after having a medical test outside the facility, his daughter said. When he got out, he tested negative and was “out and about” on the ward and engaged in programming and his favorite pastime, painting. Within weeks, though, he was infected and had full-blown, double-lung pneumonia.

“I was a little astounded,” she said.

She said nursing staff told her a couple other people on the ward also had tested positive.

The inspector general’s report, which does not identify veterans by name, detailed incidents when veterans who had tested positive were allowed to remain on their wards.

It was shortly after 9 p.m. on Oct. 20 when the lab notified a doctor that two residents had COVID-19.

One of the veterans had a roommate who was known to wander the halls, and a nurse had voiced concerns about leaving the infected veteran in the same room. A doctor decided not to move anyone that night since the roommate had already been exposed.

The infected residents were scheduled to be transferred to a quarantined COVID-19 unit the next morning. That didn’t happen until that evening – 20 hours after the lab results came in.

Staff said during the ensuing hours, there was confusion about who was supposed to care for infected residents and which isolation protocols to follow.

The exposed roommate, meanwhile, paced the ward, “including communal areas where other residents were congregated.”

It was about this time, between Oct. 20 and 22, that facility leaders met to discuss what to do about the outbreak. A plan was finalized Oct. 22 – seven months into the pandemic.

The outbreak continued until Nov. 17, when the last infected resident died.

Manning’s daughter said she was allowed to visit him a few days before he died.

“When I went to pick up his stuff, the charge nurse, the other nurses that came out to bring his stuff out, were all sobbing – I mean, they are so heartbroken,” Darling said.

She donated a piece of his artwork to the facility, a painting of Abraham Lincoln, whose words became the motto of the VA: “to care for him who shall have borne the battle and for his widow, and his orphan.”

“Because they’re the federal government, they can just go, ‘Oops,'” Darling said. “I don’t want their condolences. I want my dad.”

When investigators conducted a surprise visit in February, they found two employees on a quarantined COVID-19 unit not wearing masks properly. The facility director at the time told them he was concerned about the facility’s culture and a lack of accountability on the wards. He has since left the VA.

The acting director pledged to have fixes in place by the end of March.

“As health care professionals, we find it difficult to accept the loss,” Williams wrote in response to the findings, “especially as our staff were heavily invested in providing quality care and maintaining patient and staff safety throughout this pandemic.”