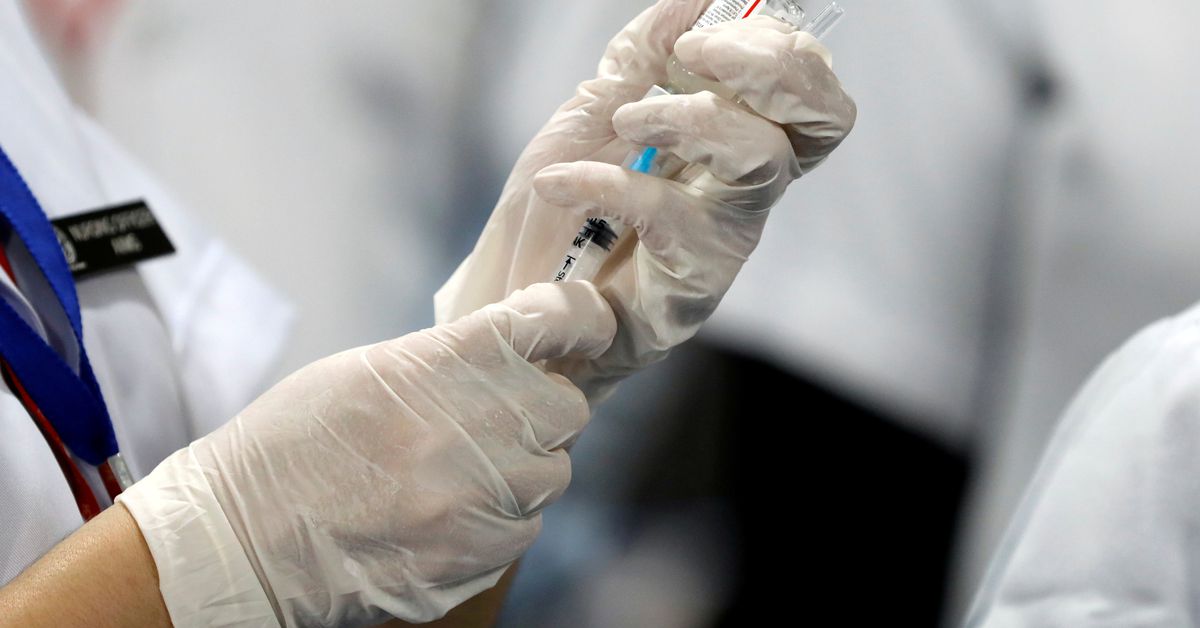 NEW DELHI, Oct 19 (Reuters) – India has delayed committing supplies of vaccine to the COVAX global sharing platform, two sources told Reuters on Tuesday, a day after one of its key backers, the WHO, said the agency could not “cut corners” to approve a domestically developed vaccine.

The world’s biggest vaccine maker resumed exports of COVID-19 doses this month for the first time since April. It has sent about 4 millionto countries such as neighbouring Bangladesh and Iran, but none to COVAX. read more

On Monday, in the run-up to an Oct. 26 meeting on Covaxin, India’s first domestically developed COIVD-19 vaccine, the World Health Organization (WHO) said it could not “cut corners” in the approval decision.

One of the sources said it was “frustrating” that India had yet to confirm any supply to COVAX, despite a promise last month by the health minister to meet the commitment to COVAX and others during the quarter to December.

The sources, who have been briefed on the export talks, declined to be identified as they were not authorised to speak on the subject.

The Serum Institute of India (SII), the world’s biggest vaccine manufacturer, has contracts to supply hundreds of millions of doses of a licensed version of the AstraZeneca (AZN.L) vaccine to COVAX and countries such as Bangladesh.

Its output of the vaccine has more than tripled since April, to reach 220 million doses a month now.

India’s health ministry, SII and COVAX co-leads, the WHO and GAVI, did not respond to requests for comment.

Delayed supplies to COVAX could disrupt inoculation drives in many African nations that rely on it for vaccine supplies.

Indian government officials have said they are confident the WHO will soon approve an emergency-use listing for Covaxin, which makes up 11% of the 990 million vaccine doses given in India, with the rest mostly from AstraZeneca.

A few weeks ago, Adar Poonawalla, the chief executive of SII, told the Telegraph newspaper that his company would recommence exports to COVAX in October.

“Initially these supplies will be small, but by January 2022, once we have satisfied domestic demands … we will see large volumes go to COVAX,” he added. read more

Before India halted overseas vaccine shipments in April so as to meet domestic demand, it donated or sold more than 66 million COVID-19 doses, including Covaxin.