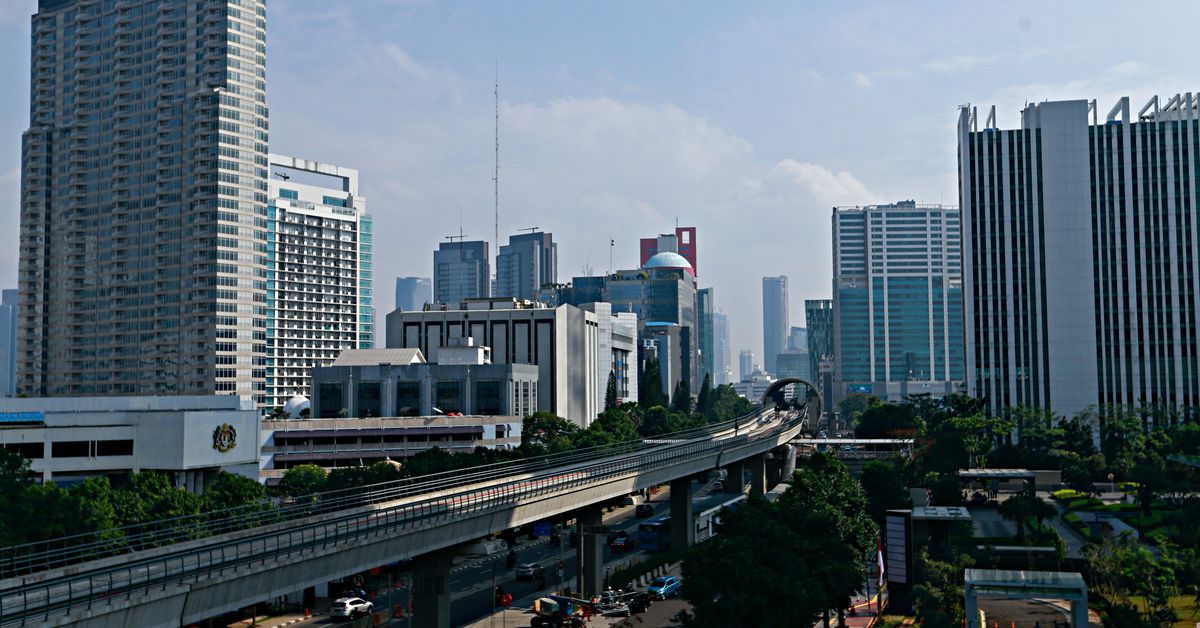 A general view of the city skyline of Jakarta, the capital city of Indonesia, August 5, 2021. REUTERS/Ajeng Dinar Ulfiana

BENGALURU, Nov 3 (Reuters) – Indonesia’s economic growth is expected to have slowed significantly in the third quarter as restrictions imposed to prevent the spread of the coronavirus Delta variant put the brakes on a nascent recovery, a Reuters poll found.

After reporting annual growth of 7.07% in the second quarter, the strongest in nearly two decades, southeast Asia’s biggest economy only grew 3.76% in the July-September period compared with the same three months a year earlier, according to the median forecast of 21 economists in the poll.

If realised, it would also be well below the latest government forecast for the third-quarter growth of 4.5%.

Forecasts in the poll for gross domestic product (GDP) growth, due to be released on Nov. 5 at 0200 GMT, ranged from 1.6% to 5.2%, underscoring the widespread uncertainty around the impact of the pandemic on the economy.

On a quarter-on-quarter basis, growth was expected to have slowed to 1.80% from 3.31% in the second quarter. That was based on a smaller sample of forecasts.

“The government was forced to tighten measures last quarter to stem the surge in virus cases, and we expect the services sector will have been hit especially hard,” said Alex Holmes, emerging Asia economist at Capital Economics.

“Even after the pandemic is over, the crisis will leave behind it a legacy of higher debt, impaired balance sheets and bankruptcies which mean GDP is unlikely to ever regain its pre-crisis path,” he said.

Although the government has gradually eased lockdown restrictions after a sharp fall in coronavirus cases since July, when Indonesia was Asia’s COVID-19 epicentre, the country is still not completely free from the virus.

With year-end holidays just around the corner, festive gatherings and increased mobility could trigger a third wave of COVID-19 infections. That, along with an economic slowdown in China, Indonesia’s biggest trade partner, would pose a significant risk to the resource-rich country.

For now, Indonesia is benefiting from a surge in exports thanks to booming demand for commodities. The accompanying jump in prices meant Indonesia’s trade surplus was larger than expected in September, according to government data.

Strong exports may help cushion some of the negative economic impact of the pandemic, economists say.

“Economic activity has started to recover following the easing of virus curbs in the later part of Q3, with indicators such as mobility, consumer confidence, loan demand and the PMI showing improvement,” said Krystal Tan, economist at ANZ.

“The upshot is that Indonesia’s economy is gradually regaining a better footing and rising commodity prices are a boon for the resource-rich economy,” Tan said.

The central bank is expected to keep its main policy rate unchanged at a record low of 3.50% until the third quarter of 2022, a separate Reuters poll showed.