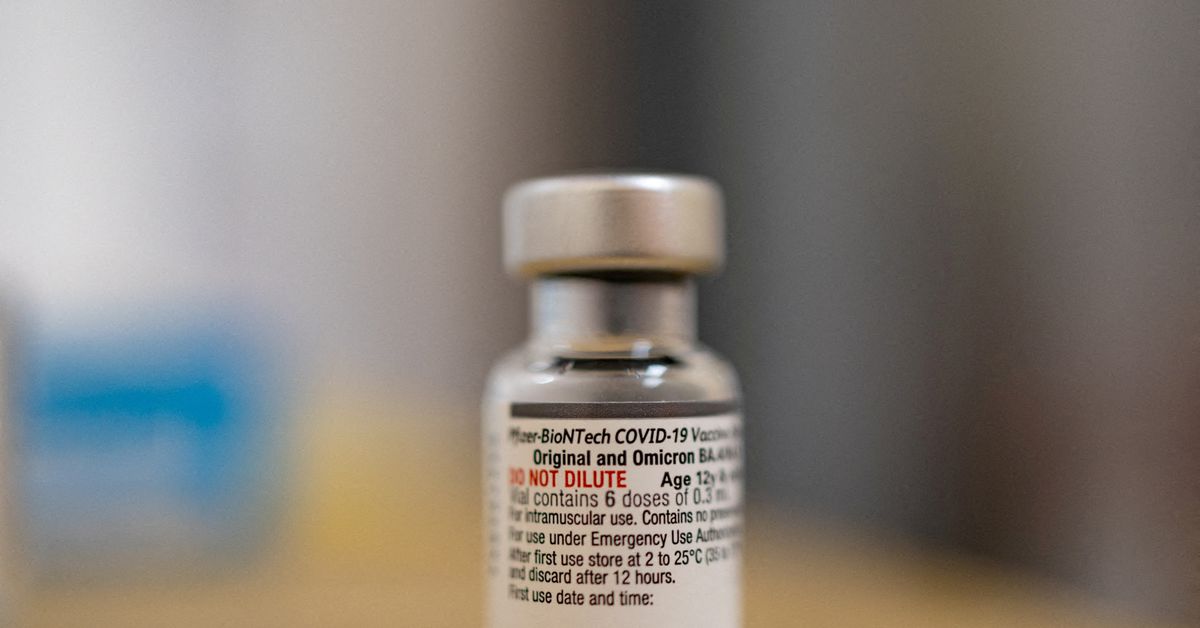 JERUSALEM, Jan 19 (Reuters) – Israel has not identified any evidence linking strokes to an updated coronavirus vaccine made by U.S. drugmaker Pfizer (PFE.N) and its German partner BioNTech SE , according to a health ministry official.

On Friday, the U.S. Food and Drug Administration (FDA) and the Centres for Disease Control and Prevention said that a safety monitoring system had flagged that the shot could possibly be linked to a type of brain stroke in older adults, according to preliminary data.

“We have not turned up such a finding, even after we went back and rechecked all our data after the FDA announcement,” said Salman Zarka, the head of Israel’s coronavirus task force said in a video briefing sent to Reuters on Thursday.

Some 389,648 people in Israel have so far taken the shot, which targets the original strain and its BA.4/BA.5 Omicron subvariant.

On Wednesday, the European Union’s drug regulator also said it had found no safety signals in the region related to Pfizer’s bivalent shot.

Pfizer and BioNTech said in a statement on Friday that they were aware of limited reports of ischemic strokes in people 65 and older following vaccination with their updated shot.

Pfizer further noted that neither the companies nor the CDC and FDA had observed similar findings across other monitoring systems and said there was no evidence to suggest an association with the use of the companies’ COVID-19 vaccines.