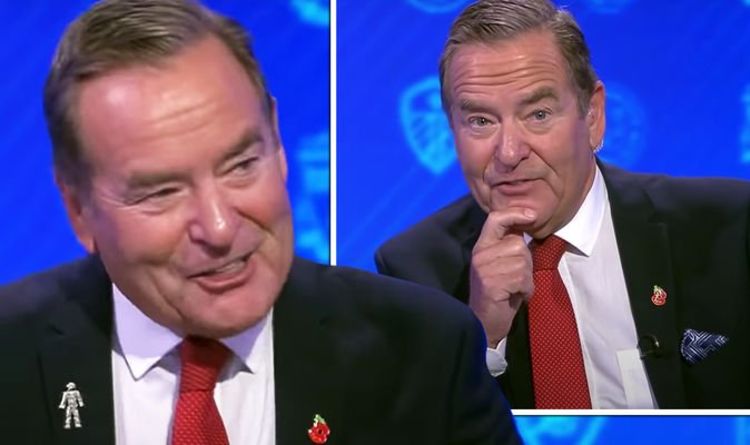 Jeff Stelling announced last week that his time as Sky’s Soccer Saturday host will come to an end following a 27-year stint on television screens. The Times claim that the legendary presenter’s decision to quit the show was influenced by Sky axing his old co-stars last year.

Stelling joined Sky Sports Soccer Saturday in 1994 and has presented almost every episode since.

The popular Stelling revealed live on air last Saturday that he would be leaving at the end of the season – although he confirmed he would not be retiring, sparking fresh rumours as to why he would depart.

And according to the Times, Stelling has decided to quit out of loyalty to Charlie Nicholas, Phil Thompson and Matt le Tissier, who were sacked as part of a shake-up at Sky back in 2020.

Stelling was said to be hurt by Sky’s decision as the broadcasting giant took the flagship show in new direction by replacing the experienced panel with younger pundits such as Sue Smith, Michael Dawson and Clinton Morrison.

Stelling gave a compelling statement on his time at Sky in a heartfelt message on Saturday’s show.

“I have loved every moment of my 30 years with Sky, but like every Saturday afternoon the time eventually comes to blow the final whistle,” the 66-year-old said.

“I am proud to have been part of such a winning team for so long and look forward to the many more special moments on Soccer Saturday for rest of this season – and perhaps even another promotion push from Hartlepool United.”

“Jeff is a true broadcasting legend and has been a big part of Sky Sports growth and popularity over the last 30 years,” he said.

“Jeff’s pure passion and dedication to the game has set him apart and made Soccer Saturday a fixture for millions of fans every Saturday afternoon.

“The goals, the laughs, the red cards and the missed red cards have helped create one of the most popular TV shows in sport and Jeff has been the centrepiece of that.”