Kate Middleton and Prince William crossed a important very first off of their listing this week, viewing their first-at any time official joint portrait.

The Duke and Duchess of Cambridge, who have been married for 11 a long time and with each other for two many years, frequented Cambridgeshire on Thursday, in which they had been in a position to see the portray.

The portrait, painted by Jamie Coreth and Commissioned by the Cambridgeshire Royal Portrait Fund, presently resides at the Fitzwilliam Museum at the University of Cambridge. Coreth said on his Instagram account that it was “a surreal and incredible experience” to have the portrait unveiled.

“It has been the most incredible privilege of my existence to be preferred to paint this photograph,” he added. 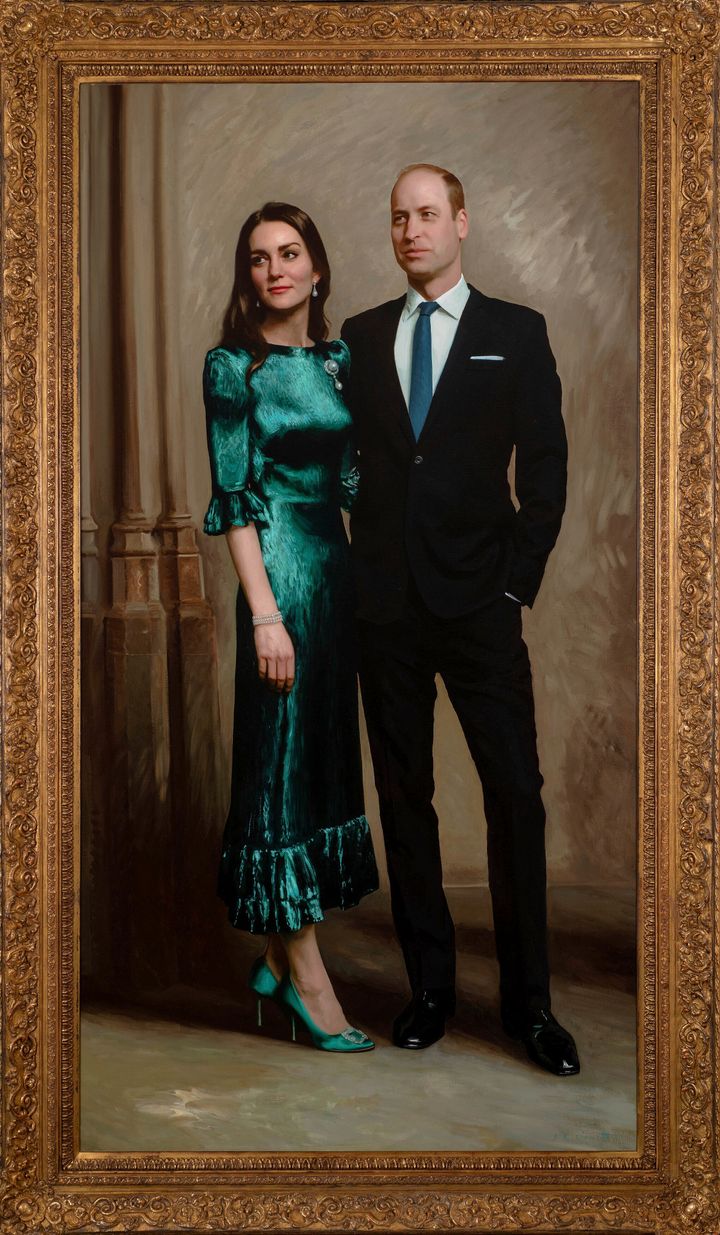 In the painting, the Duke of Cambridge is pictured carrying a fit with a mild blue tie, even though the duchess dons a dress from British label The Vampire’s Spouse.

The iridescent emerald silk metallic chiffon robe, referred to as “The Falconetti,” retails for $1,989. Kate previously wore the gown in March 2020, and it created headlines for its similarity to just one of Princess Beatrice’s beloved gowns, called “The Veneration Dress, also from the label.

The Cambridges posted a photograph of onlookers viewing the portrait.

“Delighted to see this new portrait unveiled at the @fitzmuseum_british isles in Cambridge currently!” they wrote. 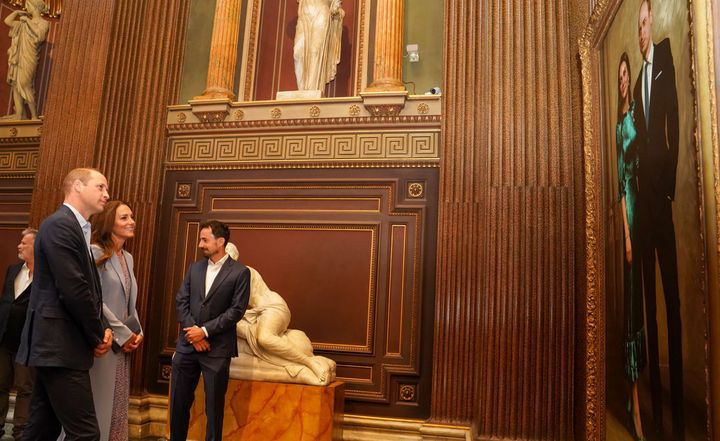 The royals visit Fitzwilliam Museum Cambridge, where by they considered a portrait of them selves, by Jamie Coreth, all through an official take a look at to Cambridgeshire on June 23 in Cambridge, England.

Coreth, in a statement shared with HuffPost, spoke about how he sought to portray the royal pair in their first official portrait.

“I needed to demonstrate Their Royal Highnesses in a way where they appeared equally relaxed and approachable, as perfectly as stylish and dignified,” he stated.

“As it is the first portrait to depict them alongside one another, and specifically in the course of their time as The Duke and Duchess of Cambridge, I wanted the image to evoke a experience of stability amongst their general public and private life,” the artist additional. “The piece was commissioned as a present for the men and women of Cambridgeshire, and I hope they will love it as significantly as I have appreciated generating it.”