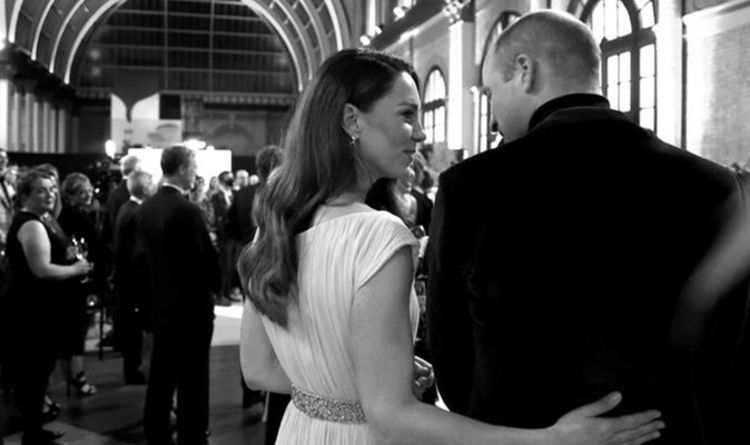 Kate and Prince William released three pictures taken behind the scenes of the first-ever Earthshot Prize award ceremony. These sweet snaps provide a glimpse into the couple’s tender relationship.

One picture shows Kate placing an arm around her husband’s waist, who in turn gets closer to her as they speak.

A second snap shows the Duke of Cambridge surrounded by darkness while waiting for his moment to get on stage.

And a third photograph depicts Kate and William leaning against one another as they walk through curtains at Alexandra Palace, where the ceremony took place on October 17.

These black-and-white pictures, taken by Chris Jackson for the Royal Foundation, were shared today by Kensington Palace on the Cambridges’ social media accounts.

The palace wrote on Twitter: “Behind the scenes at the first ever @EarthshotPrize Awards”.

These intimate snaps were welcomed by royal fans, with many calling them “beautiful” and “adorable”.