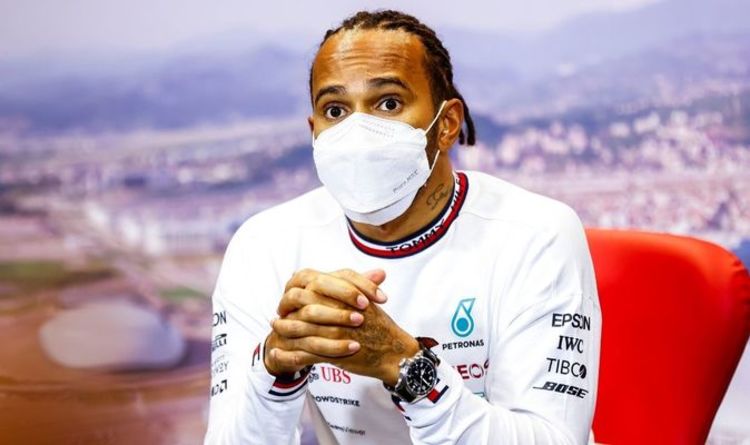 Seven-time world champion Lewis Hamilton says he has a “lot of work to do” on Sunday after Mercedes opted to take a fourth engine ahead of the Turkish Grand Prix.

The internal combustion engine change triggered a mandatory 10-place grid penalty for the championship leader, meaning Hamilton can’t start higher than 11th, even if the 36-year-old does manage to grab pole position in Istanbul.

The championship leader didn’t set a representative time during third practice, with the 36-year-old two seconds off the pace with just five laps on the board due to the rain, however speaking after Friday’s sessions, he said: “We started off with a really good set-up,” he said. “The first session was really strong, we made some changes, and the track is evolving and feeling different.

“The changes were okay; I’m not sure it felt as good as it did in the first session in the second session but we’ve got lots of good findings and hopefully take those forward.”

JUST IN:
Red Bull issue Sergio Perez with a ‘desperate’ warning in Turkey

He added: “I don’t know how much more there is but we always find something during the evenings, so I definitely think we can find just a little bit tonight and into tomorrow if it’s not raining.

“And then I have a lot of work to do Sunday, either way, whatever the case, so just going to try and focus on how I can get the best out there.

“I need to be on pole to limit the loss and then of course I need to understand the car to do the best in terms of long run, so just trying to find the balance, no real difference to any other weekend.”

Like last year, rain is expected in Turkey, with Saturday proving to be the worst across the three days of track running.

Showers are expected in the morning on race day, however conditions are expected to be better than last year, with F1 admitting the circuit’s surface has been hugely improved.

admitted conditions are much better this season.

“It was much different,” he said. “Last year was a brand-new surface and the oil came up from the bitumen and they cleaned it off.
“So I didn’t really know what to expect, but there is so much more grip than we’ve ever had before.

“It’s intense how much grip there is out there which is awesome, so it has made it a much more enjoyable track to drive, much like it was before.”

Last season, the Turkish Grand Prix was quite the spectacle due to the slippery tarmac, cold temperature and rain, and it was where Hamilton equalled Michael Schumacher to add a seventh world title to his name.

The Briton now leads the way once again in the driver standings, but by just two points over Max Verstappen, who crucially does not have a grid penalty this weekend.