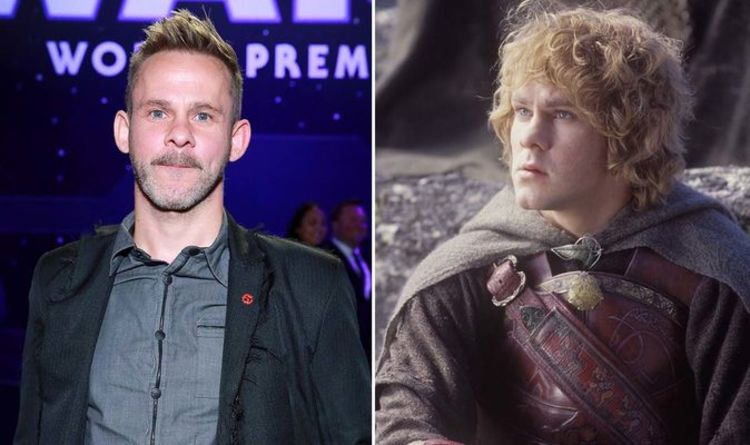 It’s been 20 years since The Lord of the Rings: The Fellowship of the Ring first hits cinemas. After a massive gamble in shooting the trilogy back-to-back in New Zealand over two years, the JRR Tolkien adaptations ended up being huge Oscar-winning hits. However, despite their enduring legacy, Merry star Dominic Monaghan has now shared that he’s not watched the Peter Jackson movies in around 15 years.

Speaking with GameSpot, Monaghan shared how having lived through the making of The Lord of the Rings, he doesn’t really have a reason to rewatch his performance in the trilogy, nor does he plan to anytime soon.

“But I’ve not seen Lord of the Rings for probably a good 15 years or so, and I’m not sure when I would or what the reason behind watching it would be.”

READ MORE: Lord of the Rings actor ‘broke down crying’ during The Hobbit filming

Monaghan clarified: “I’m obviously still great friends with a lot of the guys in it. It’s great.

Back in 2019, Express.co.uk spoke with Gimli star John Rhys-Davies who admitted he’s not a fantasy fan.

The 77-year-old clarified his previous negative comments on the upcoming Lord of the Rings TV show.

Speaking with Den of Geek, John said at the time: “Why we quite need Lord Of The Rings as a TV series baffles me slightly.

“[It’s] so utterly unprincipled and greedy for money for anything – I mean the extraordinary money they’re getting from online gambling and stuff like this, it’s just a disgrace. I mean, poor Tolkien must be spinning in his grave.”

However, he told Express.co.uk that he “misspoke”, not realising that Amazon’s Lord of the Rings TV series would not be another adaptation of Tolkien’s trilogy, but set in another time and place in Middle Earth.

The actor told us: “I’m not a great fantasy fan, I confess. I misspoke when I was asked because it was presented to me as ‘What do you think of this remake of Lord of the Rings?’ and I shot from the hip and I misspoke. It isn’t really about that at all.”

John added: “There are so many other histories attached to it and its the pre-history and the pre-setting of Middle Earth that Amazon is going to be doing and I wish them well for it.

“I think a great storyteller’s stories should all be told if they will hold up.”

Amazon’s Lord of the Rings TV series is set in the Second Age of Middle Earth, while the film trilogy was in the third of four.

What is set to be the most expensive TV show ever made will begin airing on Amazon Prime on September 2, 2022.