A Maryland man killed his pharmacist brother because he thought he was “poisoning” people by administering COVID-19 vaccines, court documents show.

Jeffrey Burnham, who was wanted in the deaths of his brother, sister-in-law and an elderly woman, was arrested Friday in West Virginia after the three slayings more than 100 miles apart, NBC News reported.

Burnham’s mother told police he wanted to confront his pharmacist brother about his role in doling out the COVID-19 vaccines, court document show.

“He wanted to confront Brian with the government poisoning people with COVID vaccines,” Burnham’s mother told police, according to reports from WUSA. “He repeatedly stated ‘Brian knows something!’”

Burnham’s mother called cops and told them her son was claiming the FBI was after them, prompting her to worry about his mental state, charging documents show. 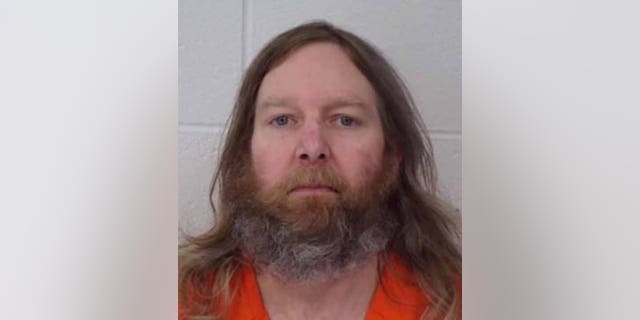 Jeffrey Burnham was wanted in the deaths of his brother, sister-in-law and an elderly woman before his arrest in West Virginia.  (Allegany County Jail)

A day before allegedly gunning down his brother and sister-in-law, Burnham, 46, killed Rebecca Reynolds, 83, who was found dead in her Cumberland home with obvious trauma to her body, according to police. Burnham stole her 2020 Lincoln to drive to the second crime location two hours away, WUSA reported.

Reynolds was a classmate of Burnham’s mother, NBC News reported.

Burnham, Cumberland, also allegedly stole his brother’s Corvette after last Thursday’s slayings and stopped at someone’s home to ask for gas, NBC News reported. He told the homeowner he’d soon be seen on TV and that his brother was “killing people with the COVID shot,” charges state.

Prosecutors declined to comment Wednesday due to the ongoing investigation, NBC News reported.

Burnham has been charged with murder and vehicle theft in Allegany County, Maryland, and faces additional murder counts in Howard County, Maryland. He was arrested while driving his brother’s 2007 red Corvette that he stole from his home following the double slaying, WUSA reported.

Police said a gun was found inside the Corvette and that all three victims were targeted by Burnham, who remains held without bail. Court records did not list an attorney for him as of late Wednesday, according to NBC News.

An online fundraiser set up for Kelly and Brian Robinette described them as “beautiful” members of their community who leave behind two children.

“The funds will help them manage costs associated with the unexpected loss of their parents,” the website reads. “Please join us in honoring Kelly and Brian’s legacy and supporting their family.”

This story was originally published by the New York Post.