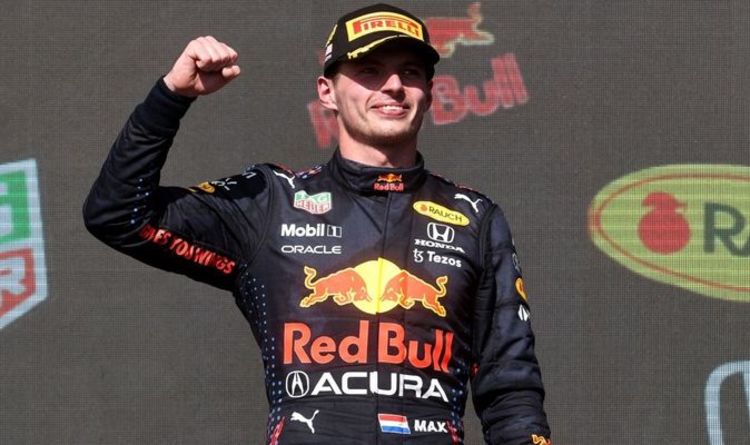 Max Verstappen has reiterated his stance on the championship battle this season, reaffirming his laid-back approach in the fight with Lewis Hamilton. The championship leader has insisted throughout the season that he’s not feeling the pressure from his intense title fight with Hamilton, as the Dutchman looks to claim a maiden title with just five races remaining.

Verstappen even responded to Hamilton’s claims he could be feeling the pressure of their title fight after the pair crashed at the Italian Grand Prix.

The seven-time world champion said he “remembers what it was like battling for my first championship” and that he “knows the pressure that comes with it”.

Verstappen was sarcastic in his approach at the time, responding with “I am so nervous I can barely sleep! It is so horrible to fight for a title.”

He added: “If someone knows me, I am very relaxed about all those things.”

Now, with five races remaining, Verstappen insisted he’s remaining level-headed about it all.

“Sometimes people take F1 too seriously, like it’s a life-or-death situation, thinking ‘If I don’t make it to Formula 1, my life is over,’ or something like that,” said Verstappen, speaking to the New York Times.

“For me, that was never the case and never will be. I’m very happy that I am in Formula One now, but even if I wasn’t, I would still do something else, racing-related stuff to have fun, to have a good time.”

Verstappen leads the way by 12 points over Hamilton heading to Mexico City this weekend, with the race getting underway on Sunday.

Yet, despite a lead in the standings, one non-points finish, or worse, a DNF, could see the championship swing dramatically towards Hamilton and Mercedes.

But, the Red Bull driver knows at the age of 24, there will be more opportunities in the future.

“I know that if my car is fast enough until the end of the season, I will win the championship,” added Verstappen.

“But if it’s not, then we probably won’t win it. At the end of the day, it’s not going to change my world.

Verstappen added he must be “perfect” every weekend from now until the end of the season to be able to beat the 36-year-old, who is vying for a record-breaking eighth world title.

And despite his candid approach this season, Verstappen admitted becoming a world champion was always the goal.

He said: “It’s a dream from when I was a little kid together with my dad [former F1 driver Jos], to get to Formula One in the first place and then trying to fight for a title.