Melburnians have celebrated long into the night as the state finally emerges from 262 days of lockdown since the Covid-19 pandemic hit early last year.

Cheers and applause echoed through the CBD as the clock struck midnight, with car horns sounding and residents clapping from balconies and shouting “freedom”.

Angel Music Bar opened at midnight and partygoers celebrated the end of Victoria’s sixth lockdown until 6am.

Melbourne’s Lord Mayor Sally Capp went out to celebrate and said she did not want to waste a single moment seeing the city reopen in the early hours on Friday.

“I was there. I was part of that crowd cheering. Horns were honking. One gentleman was walking his dog, I asked him why. He said, ‘Because I can’, of course,” she told the Today show.

“That sense of joy and celebration, it’s been absolutely fantastic.

“Of course city occupancy is down to dire levels, so while this is fantastic, we still have a long way to go.

“It is time to celebrate, but we have to stay focused on the main game – that is the 80 per cent (vaccination) threshold and we are calling on the Victorian government to give as much certainty and time for preparation.

“We also really want to see those city workers back in city workplaces and that means that we would like masks to come off in the office once we hit the 80 per cent target.” 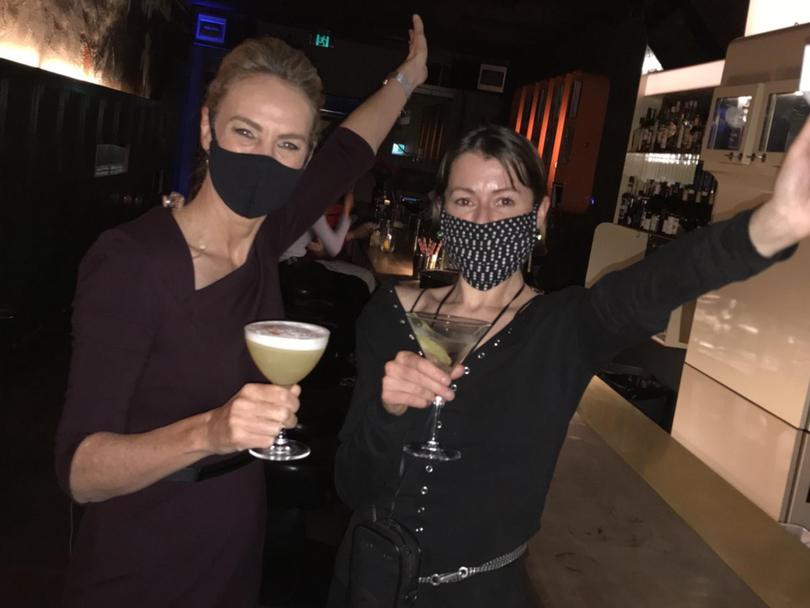 Hospitality venues across Melbourne were on Thursday setting up tables and chairs as they prepared to welcome back patrons.

Melburnians were also rushing to book haircut appointments as salons reopened on Friday.

“You just feel a bit disappointed for customers who can’t get in and just have to give them the bad news … but it’s pretty exciting,” he said. At the 80 per cent double-dose rate, Victorians will be allowed greater freedoms such as statewide travel, indoor dining, school returns and shops opening.

Mr Andrews said the timing of reopenings depended on the pace at which Victorians were being vaccinated.

­Department of Health projections show the state would be able to jump from 70 to 80 per cent double-dosed in less than a week if ­appointments for second jabs were brought forward.