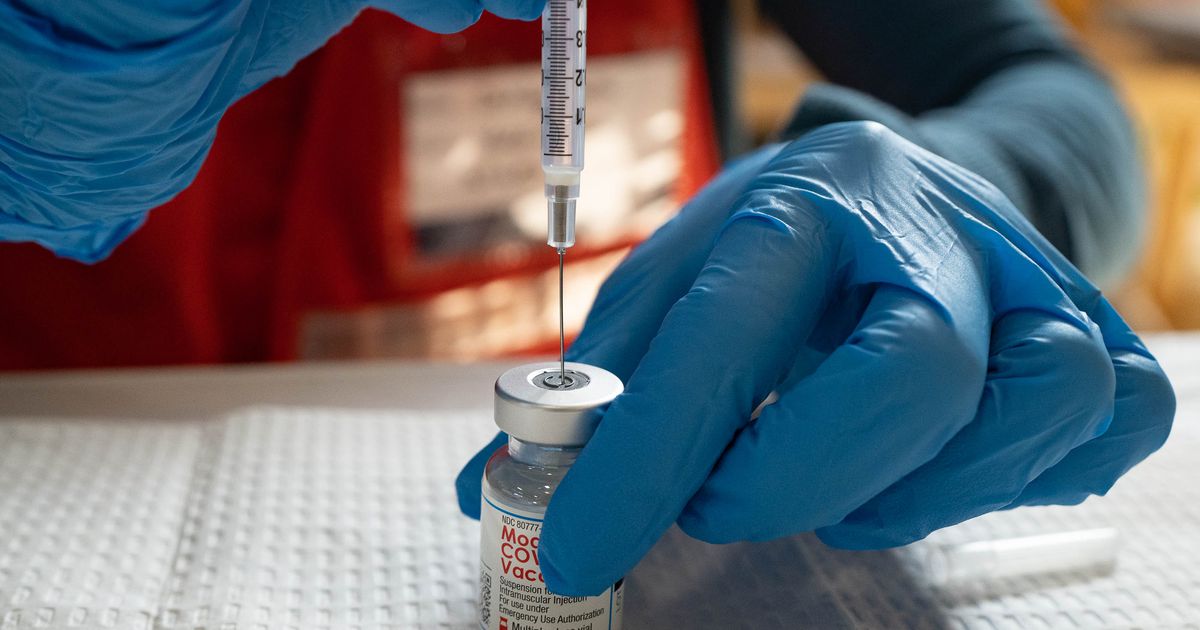 Editor’s note: The Salt Lake Tribune is providing free access to critical stories about the coronavirus. Sign up for our Top Stories newsletter, sent to your inbox every morning. To support journalism like this, please donate or become a subscriber.

The number of Utahns who have died of COVID-19 since the start of the coronavirus pandemic now exceeds the number of victims who were killed in the 9/11 terrorist attacks.

Nine more Utahns died of the coronavirus in the past day, according to the Utah Department of Health. That brings the total number of deaths recorded since the pandemic began to 2,983 — six more than the number of victims killed on Sept. 11, 2001.

A total of 2,977 victims were killed in the 9/11 attacks, not including the 19 terrorists who died after hijacking four planes. The victim death toll includes 2,606 killed at the World Trade Center site, 246 killed on the hijacked planes and 125 killed at the Pentagon.

An additional 3,117 Utahns were fully vaccinated against the coronavirus in the past day, bringing the total to 1,704,031 — 52% of Utah’s total population.

Three of those who died in the past day were under the age of 65.

The Health Department also reported 1,805 new coronavirus cases on Thursday, which brought the total number of cases recorded statewide to 518,553 since the pandemic began. The rolling seven-day average for positive tests stands at 1,446 per day.

Intensive care units in Utah hospitals are at 98.3% capacity, and 46% of patients in ICU beds are hospitalized with COVID-19, the Health Department reported.

Grand County School District on Thursday extended its mask mandate for K-6 students. In a letter to parents, the district said the order will continue for another 30 days before expiring.

After that, a vaccine will likely be available for kids ages 5 to 12, Superintendent Taryn Kay noted. At that point, she said it will be up to parents to decide how they want to proceed — with the vaccine or voluntarily masking.

The district in southeastern Utah is one of just two in the state that has a mask mandate this school year; Salt Lake City School District is the other. The Grand County district’s mandate was approved by the local health department and the Grand County Commission before classes started.

Utah has changed how it calculates risk ratios, the Health Department announced Thursday. It is now reporting age-adjusted risk ratios, because that “more accurately reflects the risk for the overall population,” according to a news release. The previous method was biased toward older adults “who are more likely to be both vaccinated and hospitalized or die from COVID-19 than younger people.”

The change will result in “higher risk ratios for the unvaccinated for being hospitalized and dying” and will better reflect “the true risk for all Utahns,” the release states.

Deaths reported in past day • Nine.

Hospitalizations reported in the past day • 567. That’s eight fewer than reported on Wednesday. Of those currently hospitalized, 234 are in intensive care — five more than Wednesday.

Percentage of positive tests • Under the state’s original method, the rate is 16.5% over the past day. That’s higher than the seven-day average of 15.4%.

The state’s new method counts all test results, including repeated tests of the same individual. Tuesday’s rate was 8.9%, lower than the seven-day average of 10.2%.

[Read more: Utah is changing how it measures the rate of positive COVID-19 tests. Here’s what that means.]