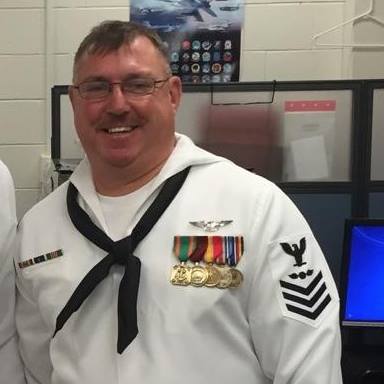 A sailor assigned to Naval Aviation Warfighting Development Command died of complications from COVID-19 Sunday, the service announced on Wednesday.

Aviation Electrician’s Mates (Mechanical) 1st Class Cory Weber, 51, is the 14th sailor to die of COVID-19 since the pandemic began in December 2019, according to a USNI News tally of active-duty deaths. He died at Sunrise hospital in Las Vegas.

Weber was diagnosed with COVID-19 on Sept. 17, although he began isolation four days earlier. He was hospitalized on Sept. 20, according to a release from Naval Air Forces.

“We mourn alongside the family, friends and shipmates of Petty Officer Weber during this extremely difficult time, and we ask that their privacy be respected,” according to the release.

Sailors, Marines and civllian in the unit are being supported by chaplains, mental health specialists and counselors, according to the release.

It is not clear if Weber was fully vaccinated against COVID-19. He tested positive for the disease after the Sept. 1 mandate requiring all sailors to be vaccinated.

As of Wednesday, 90 percent of active-duty sailors are fully vaccinated, while 98 percent have received at least one dose of a COVID-19 vaccine, Naval Air Forces public affairs commander Lt. Alyssa La Rosa said in an email.

Weber served nearly 19 years in the Navy prior to his death. He enlisted on Nov. 27, 2002.
Prior to serving with the Naval Aviation Warfighting Development Center, he was a member of the “Kestrels” Strike Fighter Squadron (VFA) 137 for approximately three and a half years and the “Bounty Hunters” Strike Fighter Squadron (VFA) 2 from July 15, 2010 to Feb. 13, 2015, according to his Navy biography.

As of Oct. 6, one Marine and 14 sailors have died from COVID-19 related complications. Three reservists have also died from the disease caused by virus SARS-CoV-2.

On Feb. 4, Information Systems Technician (Submarines) Second Class Petty Officer Cody Andrew-Godfredson Myers, 26, died from the disease in the intensive care unit at the University of Florida Health Shands Hospital. At the time of his death, Myers was assigned to the Blue Crew on Ohio-class submarine USS Tennessee (SSBN-734).