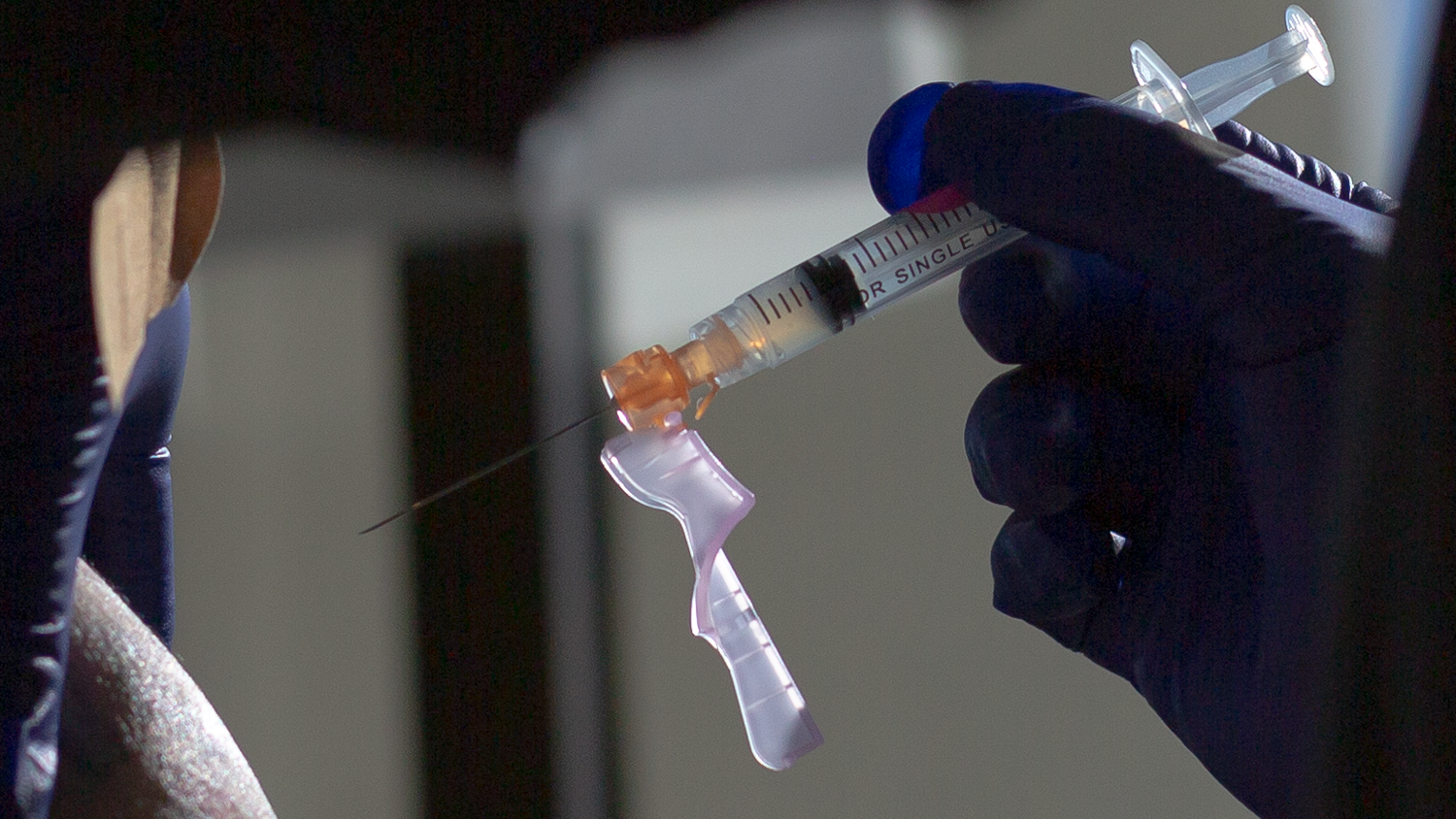 While public health experts fear a potential COVID-19 spike this Winter, Latinos in Orange County and across the state still have the lowest vaccination rates against the virus that has impacted the community the most.

It’s a gap that’s persisted since the shots were rolled out at the beginning of this year.

Now the positivity rate is increasing throughout the county and state.

“At the very beginning when we started vaccinating, it took several weeks for vaccines to be deployed with strategic thinking — so it took a while. You know that has a cost,” said America Bracho, executive director of Latino Health Access, a Santa Ana-based community organization.

[Read: Latinos Are Being Left Behind in OC’s Coronavirus Vaccination Efforts]

“We have been playing catch up in a way,” Bracho said in a phone interview.

Sanghyuk Shin, a public health expert and UC Irvine epidemiologist, said the Latino vaccination gap stems from an array of issues — like lack of translation in early vaccine efforts — but it also boils down to trust.

Since the pandemic began, community groups like Latino Health Access have been working with medical clinics and ambulance companies to bring testing, education and isolation resources to the hardest hit communities throughout Orange County.

Using that foundation, the groups began setting up vaccination clinics earlier this year to begin easing the vaccine disparities.

But the Latino community is still behind.

Latinos make up nearly 36% of Orange County’s vaccine-eligible residents — those 12 and older — but only 21.7% have received at least one shot, according to state data.

In comparison, white people make up 41% of the vaccine eligible population in OC, with more than 38% of those residents having received at least one shot.

The Latino community has also been hit the hardest by the virus.

Latinos, while making up 35% of OC’s residents, also have the most cases and deaths in the county with nearly 45% of the more than 302,000 confirmed cases and 38% of the 5,562 deaths, according to county Health Care Agency data.

Statewide data shows similar trends — Latinos have the most cases and deaths, while facing the largest vaccination gap.

Bracho echoed some of Shin’s sentiment about the Latino community’s mistrust in the government and health care systems.

She also said a wave of misinformation is pushing people against vaccinations.

She said having personal conversations with people to ease their vaccine concerns is the best way to reverse misinformation.

“In a way that they are not humiliated,” Bracho said.

The efforts to close the gap come as state public health officials have noted the positivity rate has stopped decreasing.

“While we still have a high number of people vaccinated, we know that the coming months … are going to be challenging for the state,” Ghaly told reporters. “Last year just around this time we started to see an increase in cases.”

Suellen Hopfer, an associate professor in UC Irvine’s department of population health and disease prevention, said another way to close vaccination gaps is through employer policies.

Hopfer, who’s been researching vaccine hesitancy, said businesses should be making sure employees are vaccinated and clearly let workers know that they can take some paid time off to recover from the shot’s potential side effects.

“Overall, unfortunately I just think mandating vaccination — even though people bristle at it — it’s important,” Hopfer said in a phone interview.

Last month, President Joe Biden announced an incoming nationwide vaccine mandate requiring businesses with 100 or more employees to verify their workers are fully vaccinated or implement a weekly testing program for the unvaccinated.

It’s still unclear when the federal mandate will take effect as officials are still finalizing the rule.

Bracho said Latino Health Access has found success in setting up small clinics in neighborhoods at times when people are coming home from work has been an effective strategy to boost vaccination coverage.

“These are people who leave home at 5 in the morning and get home at 6 p.m. and are super, super tired,” Bracho said. “It so happens that we are in the neighborhood and it’s doable for them.”

Hopfer applauded those efforts and said county and state officials should be doubling down on the more localized types of vaccination clinics.

“There is definitely a sub group of people who are not anti-vax, they are just really busy bringing in money for their family,” Hopfer said, adding that officials need to consider vaccine clinics that fit working class people’s schedules.

“We have to make these nudges. It is important to prioritize this.”

Meanwhile, COVID-19 positivity rates are starting to increase across the state, including Orange County.

But, Shin said, it’s tough to predict how high the increases could go because of a combination of previous infections and overall vaccine coverage.

Roughly 68% of Orange County’s residents are fully vaccinated as of Friday, according to the OC Health Care Agency.

“It’s really difficult to predict the future,” Shin said, adding that the various data models he’s seen “are kind of all over the place.”

But, looking at other parts of the country, Shin said there might be a spike coming soon.

“The one thing that does give me some concern is we’re seeing a spike in COVID cases in places like Vermont. So northeastern places that are sort of facing their Winter surge right now. With respect to Vermont, they have had their highest number of COVID cases so far … this is despite Vermont being one of the highest vaccinated states in the U.S.,” Shin said.

“We could potentially see a situation like that here in California as well.”

Spencer Custodio is a Voice of OC staff reporter. You can reach him at scustodio@voiceofoc.org. Follow him on Twitter @SpencerCustodio