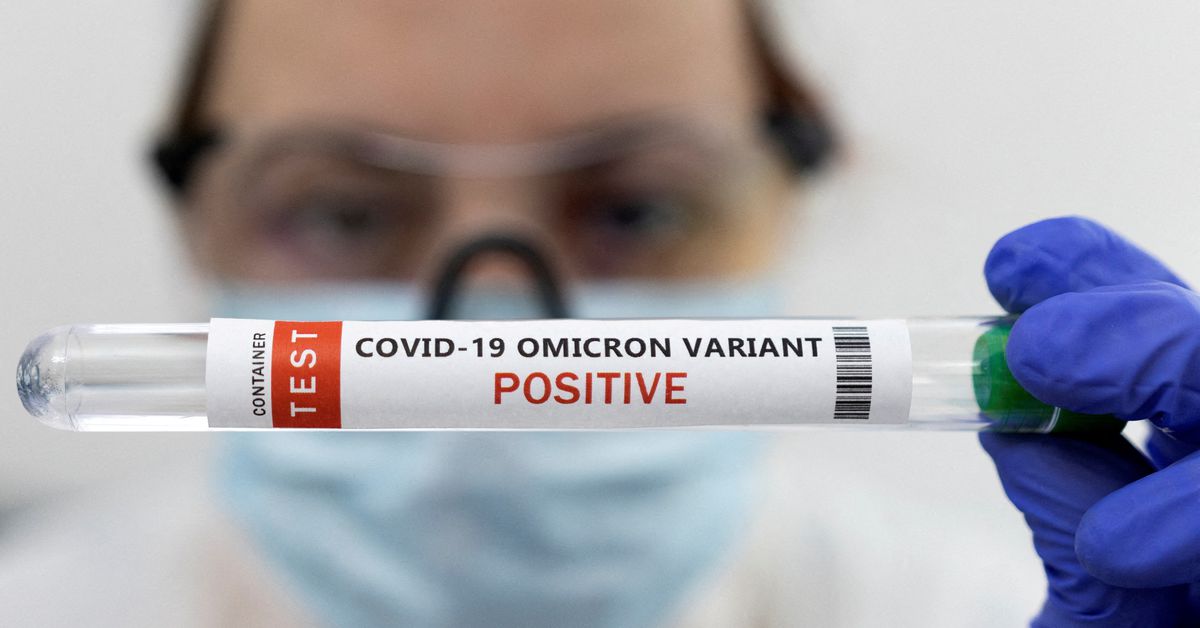 Jan 20 (Reuters) – The fast-spreading Omicron XBB.1.5 is estimated to make up nearly half of U.S. COVID-19 cases, data from the Centers for Disease Control and Prevention (CDC) showed on Friday, putting it on track to become the dominant subvariant in the country.

The subvariant is an offshoot of XBB, a combination of two other Omicron sub-variants, that has been rapidly gaining ground in United States, particularly in the northeast.

“XBB.1.5 is an additional mutation on top of the original XBB that people think enabled it to better bind to our human cells and more easily cause an infection,” said Daniel Rhoads, section head of microbiology at the Cleveland Clinic.

“So I expect that it will continue to grow in the proportion of variants that are causing COVID and become predominant in United States.”

The World Health Organization’s director-general, Tedros Adhanom Ghebreyesus, said earlier this month that XBB.1.5 has been on the rise globally and identified in over 25 countries.

Weekly COVID-19 infections are down after ticking slightly higher in December and early January, according to CDC data.

It is still unclear if XBB.1.5 can cause its own wave of global infections, but epidemiologists say the current booster shots will offer some protection against severe symptoms, hospitalization and death.

XBB.1.5. has overtaken the previously dominant Omicron subvariant BQ.1.1 and BQ.1, which were offshoots of BA.5. The two strains together accounted for 40.2% of cases in the U.S. in the week ended Jan. 21, compared with 48.8% a week ago, the CDC said.

Reporting by Khushi Mandowara in Bengaluru; Editing by Shinjini Ganguli and Shailesh Kuber