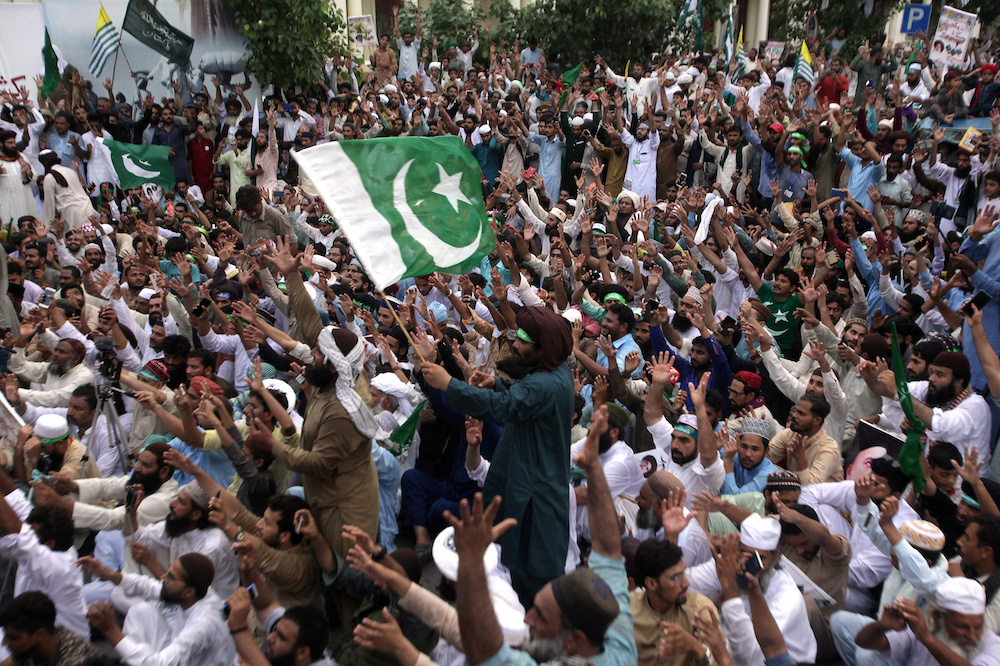 KARACHI, Oct 31 — A hardline Pakistani Islamist group called off a protest march to the capital Islamabad today after reaching a deal with the government, ending two weeks of clashes that left at least seven policemen dead and scores injured on both sides.

The Tehrik-e-Labaik Pakistan (TLP) began the march calling for the release of jailed leader Saad Rizvi and the expulsion of France’s ambassador over publication caricatures depicting the Prophet Mohammad in a French satirical magazine.

“An agreement for peace and betterment has been reached,” Foreign Minister Shah Mehmood Qureshi, who represented the government in negotiations with the TLP, told a news conference.

Mufti Muneeb ur-Rehman, the main TLP negotiator, confirmed a deal had been struck and said details would emerge at a later stage, “but you will see the practical manifestations shortly”.

Qureshi also declined to elaborate on the accord.

The National Security Committee had vowed on Friday to crack down hard on the banned TLP if violent protests continued. Information Minister Fawad Chaudhry said Rizvi could not be released without due judicial process being followed, and that the protesters should return home.

The protests have compounded pressure on the government of Prime Minister Imran Khan as it grapples with a chronic financial crisis and spiralling inflation that has squeezed household incomes hard.

The TLP, a radical Sunni Muslim group founded in 2015 to tackle actions it considers blasphemous to Islam, has mounted multiple protest marches marred by bloodshed that have twice brought Islamabad to a standstill.

The government previously agreed to have parliament vote on kicking out the French ambassador but backtracked, saying to take such action would isolate Pakistan internationally.

In the latest protest, a march from Lahore to Islamabad along Pakistan’s busiest highway, TLP militants repeatedly clashed with police, paralysing traffic as they threatened to blockade Islamabad if their demands were not met.

On Wednesday, four policemen were killed and hundreds wounded when militants opened fire with automatic weapons. No one has been arrested over the killings. Three policemen died in earlier clashes in Lahore. — Reuters