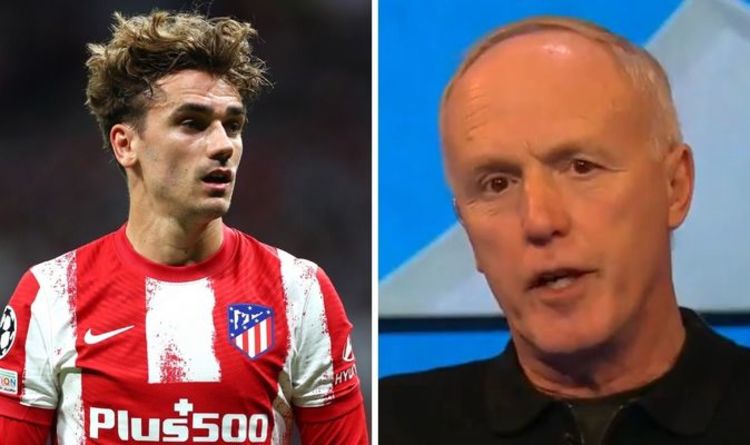 Peter Walton aired his thoughts on a controversial night in Madrid as Liverpool beat Diego Simeone’s Atletico side 3-2 at the Wanda Metropolitano – with the ex-referee getting into a heated debate with Peter Crouch and Joleon Lescott over Antoine Griezmann’s first goal and a number of other incidents in the match.

The game was clouded by VAR decisions after all but two of the goals went to the officials, alongside one penalty that wasn’t given in Atletico’s favour.

The two managers were fuming with decisions not given for them, especially Simeone who stormed down the tunnel wondering just how his side lost the game.

But the debate didn’t just rage on between the two managers – with BT pundits Joleon Lescott and Peter Crouch having a heated debate with ex-referee Peter Walton over the decision to award the first Atletico goal.

Koke fired a shot into the area which Antoine Griezmann directed goalwards – however, with Thomas Lemar on the goal line, the pundits argued that Joel Matip didn’t get to the ball due to the French winger’s position – something Walton vehemently denied.

“You can see when it’s played here, the moment the balls kicked, he [Lemar] is always in an offside position when the balls crossed,” Walton said.

“He’s in an offside position, the actual offence occurred if he attempts to play the ball or he plays the ball which he does neither.

“What the referee needs [to decide] is does he impede him? In my opinion he doesn’t, Matip stops there thinking he’s going to touch the ball and should follow through. Therefore the referee doesn’t have that clear evidence to overturn the goal.

“You can’t read what’s in the opponents head, I can only go with what the law says – and the law’s quite specific – does he intentionally stop Matip from playing the ball? That’s a subjective viewpoint, that’s why we should go for the referee’s on field decision because we don’t have the clear evidence to the contrary.”

However, Crouch and Lescott disagreed with his sentiments, claiming that if Lemar hadn’t been there, then Matip would undoubtedly have cleared the ball.

“It is a contentious decision, I agree with that, but jumping over the ball has to interfere with Matip’s decision.

“Speaking with an attackers head, if that’s not given, I’d be fuming, I’d be angry. I still think it should be ruled out 100 per cent with the letter of the law but if someone doesn’t touch the ball and I score the goal, I’d be fuming.

Lescott then furthered these claims, saying in a dig to Walton:

“That’s an example of a law that is written by people who haven’t experienced that, there is no way, I’m not saying he saying he clears it but there’s no way he doesn’t attempt to clear it.

“That moment of hesitation [from Matip] is because he is in the way [Lemar].”

The debate will likely rage on in the morning between the stakeholders of the game, but there is no doubt it was contentious.

Liverpool will qualify with a win against the Spanish champions at Anfield in two weeks time.

And they will win the group if AC Milan also take points from Porto.