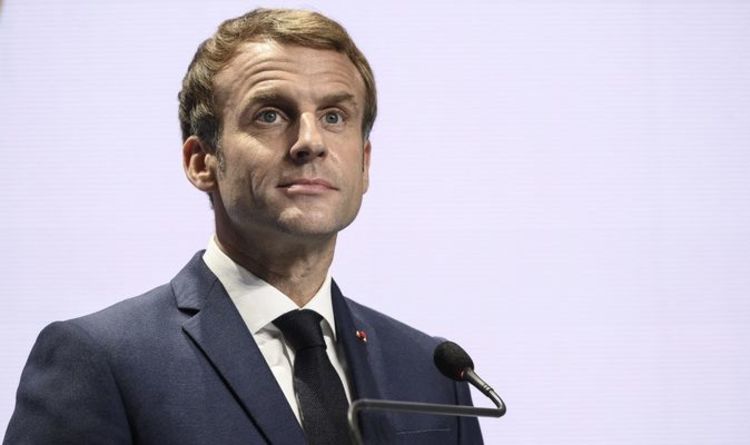 The ongoing fishing row has been further escalated after the French president threatened to trigger retaliatory measures against British vessels unless Boris Johnson accepts more permits for French boats.

Mr Macron has insisted that not enough permits have been granted to French vessels despite the British Government granting the documents to 98 percent of applicants.

The proposed measures include blocking British boats from French ports and ramping up custom checks on British truckers entering France.

During the G20 summit in Rome, Boris Johnson and President Macron held a meeting to discuss ending the deadlock over the matter.

Mr Macron said: “The ball is in Britain’s court.

Mr Johnson said he was “puzzled” by a letter from French PM Jean Castex – who on Friday urged the EU to show that “leaving the Union is more damaging than remaining in it.”

The Prime Minister told reporters: “I don’t believe that is compatible either with the spirit or the letter of the Withdrawal Agreement or the Trade and Co-Operation Agreement.”

Boris Johnson has been warned by the UK’s former ambassador to France to prepare for a “bumpy ride” as more European Union members throw support behind the French amid the fishing row.

Sir Peter Westmacott told LBC’s Tom Swarbrick the EU traditionally “stand by” fellow member states when there is a problem and the post-Brexit fishing row involving the number of fishing licences granted to the French to fish UK waters, is a prime example of such a problem which they will pile in behind.

The former ambassador warned: “The European Union does work together, there is something called member state solidarity, many countries outside Europe have witnessed that.

“And it is a fact of life the European Union does stand by its member states usually, almost always, when there is a problem.”