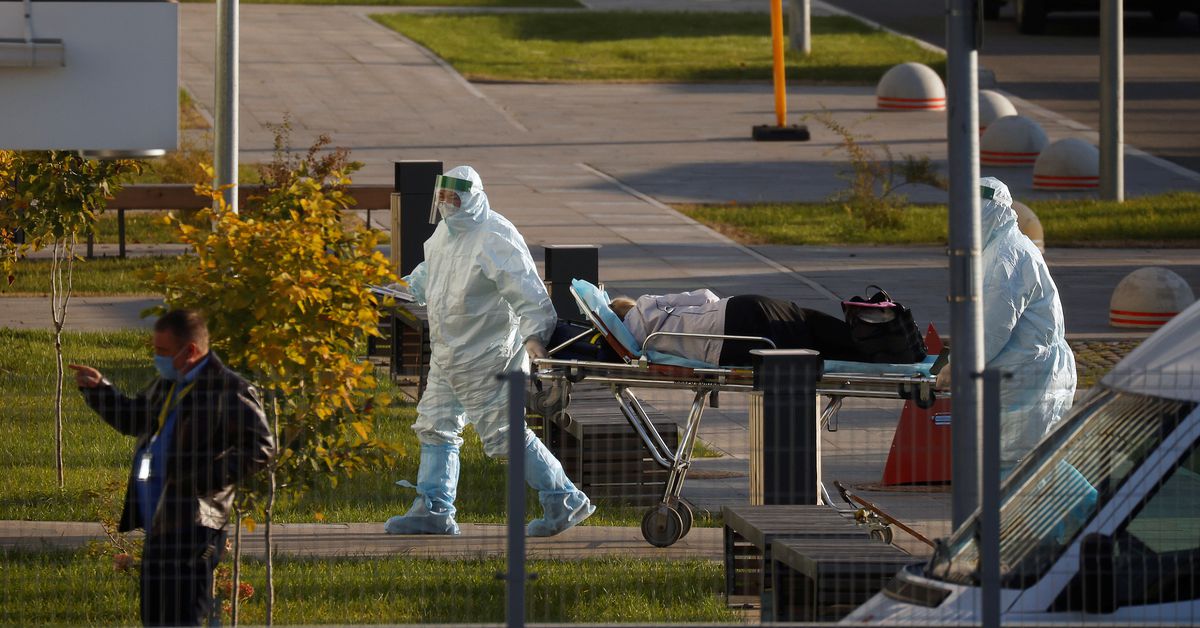 Medical specialists transport a patient outside a hospital for people infected with the coronavirus disease (COVID-19) in Moscow, Russia October 6, 2021. REUTERS/Maxim Shemetov

MOSCOW, Oct 12 (Reuters) – Russia reported 973 coronavirus-related deaths on Tuesday, its highest single-day toll since the start of the pandemic, and the government voiced concern at the pace and intensity of new infections.

“The main feature of the current wave is an rapid increase in the number of cases, as well as a large number of patients whose infection shows rapid progression over two or three days and require resuscitation,” Health Minister Mikhail Murashko said.

He told a televised government meeting that 1.1 million people were currently being treated for symptoms of COVID-19.

In the Moscow region, authorities ordered that at least 80% of workers at shopping centres, beauty salons, fitness clubs and other public locations be vaccinated.

The Kremlin has blamed the rising case numbers on insufficient numbers of people getting inoculated. Russia was fast to develop and launch its Sputnik vaccine when the pandemic struck last year, but take-up has been slow, with many Russians citing distrust of the authorities and fear of new medical products.