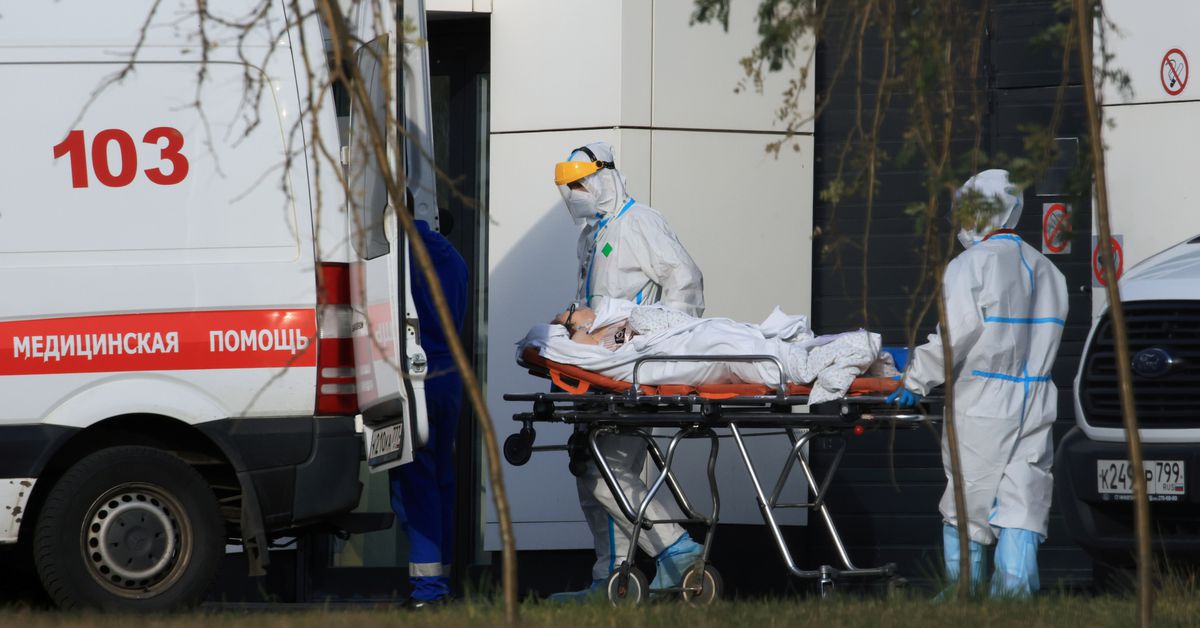 Medical specialists transport a patient outside a hospital for people infected with the coronavirus disease (COVID-19) in Moscow, Russia October 13, 2021. REUTERS/Tatyana Makeyeva

Russia reported a record 1,028 coronavirus-related deaths in the last 24 hours as well as 34,073 new infections, a surge in cases that has led authorities to press for stricter health restrictions.

Moscow’s mayor announced four months of stay-home restrictions for unvaccinated over-60s on Tuesday and the Russian government proposed a week-long workplace shutdown to cope with fast-rising cases that the Kremlin has blamed on a slow vaccination campaign. read more

Around 650,000 medical professionals across Russia were involved in treating patients suffering from COVID-19, the Interfax news agency cited Murashko as saying on Wednesday.

He said the main task was to reduce the number of cases.

In Moscow, the mayor’s office was seeking to force shopping centres to connect their security cameras to a centralised system that would allow authorities to enforce mask wearing in public using facial recognition technology, the Kommersant daily reported.

Half of Moscow’s 600 shopping centres have not connected to the system, Kommersant cited Bulat Shakirov, president of the Union of Shopping Centres as saying.

“But now, due to growing infections, authorities have decided to tighten control,” he said.

Shopping centres that fail to comply could be ordered to close, he said.

Russia began a revaccination campaign in July, one of the first countries to do so, but President Vladimir Putin has yet to receive a booster shot, the Kremlin said on Wednesday.

“The president has not been revaccinated yet,” Kremlin spokesperson Dmitry Peskov told reporters. “He will do this when doctors and specialists tell him to.”