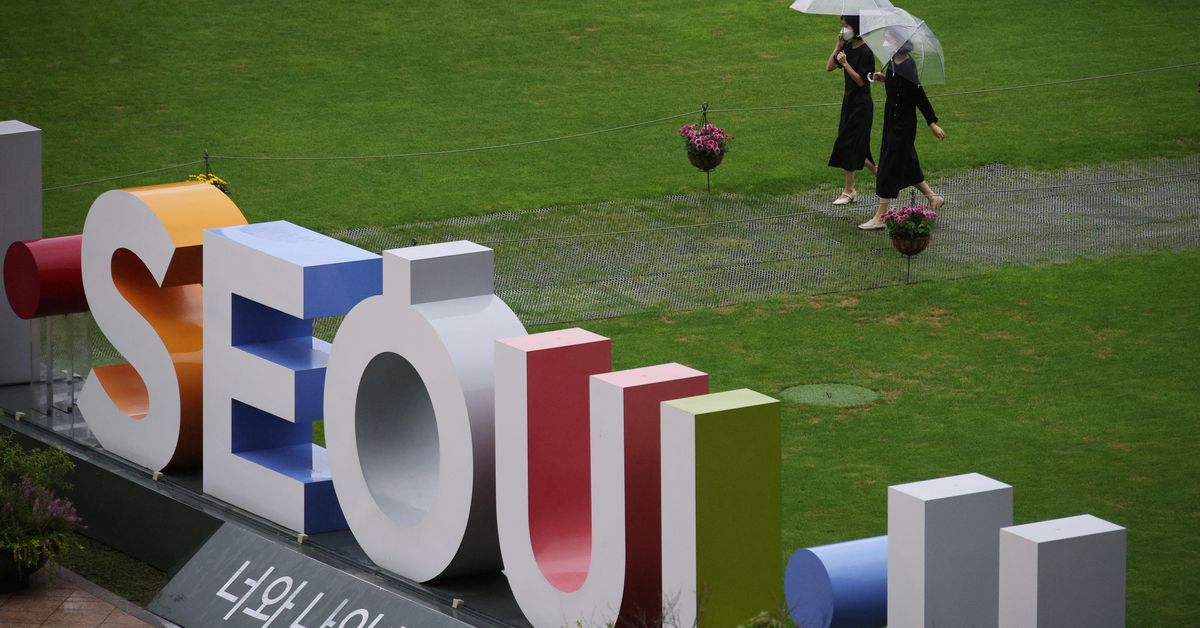 SEOUL, Nov 1 (Reuters) – New rules aimed at moving South Koreans toward “living with COVID-19” came into effect on Monday, with the easing of a range of curbs and the introduction of vaccine passports at high-risk venues such as gyms, saunas and bars.

The switch of focus comes as more than 75% of the country’s population has been fully vaccinated. The first phase of the revised rules is due to last for a month, with plans to scrap all restrictions by February.

“The return path to everyday life, to which we’re taking the first step today, is a path we’ve never been on,” Health Minister Kwon Deok-cheol told an intra-agency COVID-19 meeting.

He asked people to keep wearing masks, regularly ventilate rooms and get a test if symptoms emerge, noting that there are still concerns about a potential resurgence of new cases due to risk factors such as unvaccinated people, future declines in immunity among the vaccinated, and year-end gatherings.

While never under lockdown, South Korea has been battling a fourth wave of infections since July, when the government imposed tighter gathering and social distancing restrictions.

Among a raft of changes, curfews on restaurants and cafes were lifted, outdoor sports events will be allowed to host spectators at 50% of capacity, and the government has dropped a recommendation that at least 30% of companies’ employees work from home.

Up to 100 people can attend musicals or concerts regardless of vaccination status, while gyms will no longer have to limit treadmill speeds, ban playing music with high beats per minute during group exercises, or close showers.

High-risk venues such as bars and night clubs, indoor gyms, saunas and karaoke bars will require proof of vaccination from visitors, or a negative COVID-19 test result from within 48 hours.

“I’m a little worried but I think this is a path to return to normal,” said Yoo Byeong-gum at one gym in Seoul.

Some customers had struggled to get the vaccine pass because they were not able to get all the needed doses due to side effects, gym owner Kang Hyun-gu said.

At one colatec – daytime discotheques that cater to older people – around 20 masked people were dancing for the first time in about six months after being allowed to reopen with a vaccine pass requirement.

Health ministry spokesman Son Young-rae said the medical system was designed to handle up to 5,000 new cases a day, but if the numbers rose to near 10,000, the government would halt the easing process and take emergency measures.