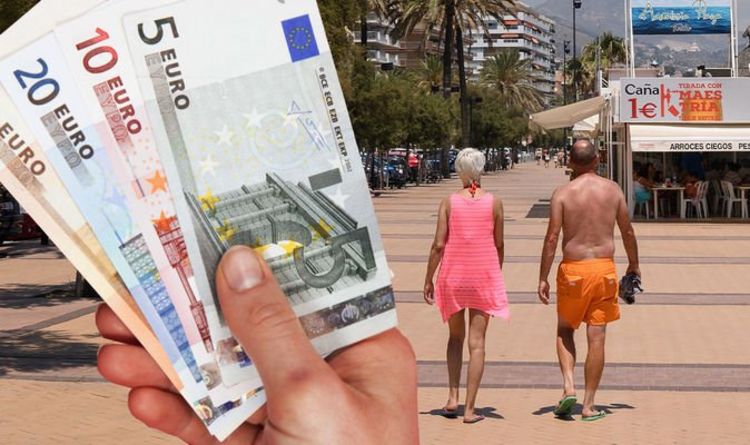 After Britain left the EU last year, some things remained unchanged for the 360,000 or so British expats registered as living in Spain. However, for other Britons, including those not registered as Spanish residents, there was a raft of paperwork to get through in preparation for Brexit, as well as potential economic implications. British councillor Bill Anderson, who moved to Spain nearly 20 years ago, told Express.co.uk that one of these “curveballs” was the tax implications for the roughly one million properties in Spain owned by Britons.

Many of the properties were purchased as investments to generate rental income from holidaymakers.

However, as non-EU citizens, the tax rate on rental income for Britons has increased from the flat rate of 19 percent to 24 percent.

Meanwhile, Britons will also no longer be able to offset expenses like cleaning and maintenance against their Spanish properties post-Brexit.

As non-EU nationals, Britons are also limited to stays of just 90 days in Spain in a 180-day period.

Before Brexit, British holiday home-owners could spend up to 183 days per year in their second properties without becoming Spanish residents.

Mr Anderson said: “For people who maybe let out their apartments when they weren’t here, they’ve lost a lot of rights in terms of tax breaks for that.

“Previously, as EU members, when they did their tax returns, they could deduct all of the costs against the property against any income.

“That’s been lost to them. So, they’ve got an apartment, it’s empty for six months, they can’t use it the way they want to, and they’re getting taxed at a higher rate with no deductions.

Originally from Edinburgh, Mr Anderson now lives on the Costa del Sol, where he is a councillor for the PP party in the town of Mijas.

Another of the “curveballs” he highlighted involves driving licences.

“For those of us that have been here a lot of years and had all our papers in order, I have to say that on a day-to-day basis, very little has changed.

“We had our residency, we had the driving licence changed over, we’re tax residents here, we’re on the padrón (Spain’s population register).

“For people in that position, life basically goes on as normal.

“But there have been a lot of little curveballs that have happened.

“For people, for example, who’ve been here a lot of years who’ve never changed their driving licences.

“That’s become complicated for them if they didn’t register to change before the end of December 2020.

“So, that’s been a curveball. For Brits that have businesses over here there’s been very little change.

“They just continue, all their papers in order, everything changed over as they should have had.”