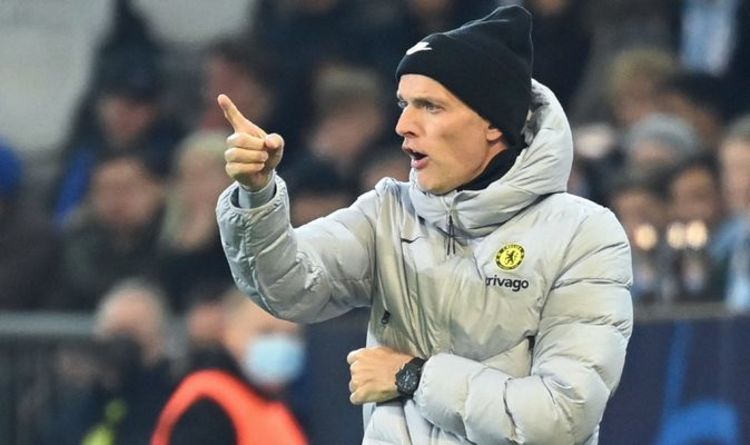 Chelsea have £105m worth of attackers, yet defence continues to be the best form of attack for Thomas Tuchel’s side. Nine of the Blues’ last 18 goals have been scored by defensively minded players in recent weeks.

The reigning Champions League holders breezed past Malmo 4-0 at Stamford Bridge, yet it was the West Londoners who were turning blue in the freezing elements of Sweden on Tuesday night. Malmo had learned their lessons from their pummelling in West London, as they sucked up all of Chelsea’s first half pressure and patiently waited for their time to strike.

Kai Havertz and Hakim Ziyech, the forward pair purchased from Ajax and Bayern Leverkusen for a hefty £105m last season, were deployed alongside Callum Hudson-Odoi who has thrived since being shifted into a left-wing position. Hudson-Odoi’s pace in behind and direct running was threatening but blunt, while Ziyech and Havertz got themselves into the dangerous positions expected from stars of their luxury expense, but alas were not able to make the net bulge.

Havertz had the best chance of the Chelsea trio when he was played through on goal by a lovely slide-rule pass by the resurgent Ruben Loftus-Cheek. Unfortunately, conviction and ruthlessness once again deserted the graceful Havertz, who tried to replicate his wonderful dinked finish in the reverse match against Malmo, but was instead saved easily by goalkeeper Johan Dahlin.

Perhaps it was no surprise Chelsea did not get off the mark in the first 45 minutes. After-all they failed to find the net in the opening period against Newcastle United, and Tuchel made the extremely bold call to leave his two leading goal scorers on the bench. No that was not £143m striking duo Romelu Lukaku and Timo Werner, who are both still side-lined by injuries suffered in the first match against the Swedes.

Nor was it £58m speed machine Christian Pulisic, whose return to the Chelsea squad two months after his ankle injury setback was of a huge boost to the side. Chelsea’s current goalscoring machines are Reece James and Ben Chilwell, whose four goals and three goals registered this season have made them the Blues’ most prolific players.

“It was a tough one because they have been playing so good,” Tuchel said before the game. “At the same time it’s an intense position, you cover the whole side, running up and down.

“We see how much they invested, a lot of sprints. They played a lot of matches. When we think about high intensity, I was a little bit worried.

“At the same time we have good guys from behind. So, it was the moment to keep the intensity levels high. So Azpi and Alonso start.”

The two players combined in the first half when Azpilicueta’s first half effort from Alonso’s low cross forced an uncomfortable save from Dahl.

Yet neither player offered the same level of attacking thrust, bite or ruthlessness as James and Chilwell.

James’ and Chilwell’s seven goals between them all came from the England pair taking a risk, and offering the attacking three an overload on the outside.

While Azpilicueta and Alonso, the latter of which displaced Chilwell in the first six Premier League matches of the season, simply did not offer the same level of threat.

Tuchel slightly tweaked the starting eleven in the second half by moving Hudson-Odoi onto the right hand side, so he could more naturally attack the outside of Malmo’s defence.

And it was from this change which saw Chelsea open the scoring against Malmo.

A slick exchange between Hudson-Odoi and Havertz, culminated in Hudson-Odoi breaking down the right hand side, just like he used to when Tuchel played him as a wing-back, before his perfect cross creeped into the path of Ziyech who gobbled up the opportunity first time.

It may have been a winning goal created and scored by attackers, but it was underpinned by Chelsea’s attacking defenders, who have proven time and time again, defence can be the best form of attack.