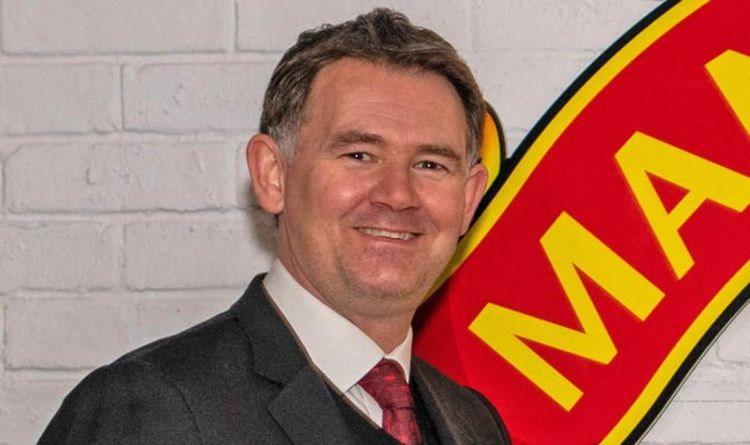 Manchester United chief John Murtough could dip into the free agent market next summer to solve the club’s problems in midfield. Ole Gunnar Solskjaer’s side have been inconsistent so far this season. And while their squad is strong, it’s in the middle of the park where they’ve looked particularly vulnerable.

Jadon Sancho was the first marquee name to arrive, with the England international joining from Borussia Dortmund.

Raphael Varane then followed him to Old Trafford, moving 10 years after Sir Alex Ferguson had first tried to snap him up.

And, on deadline day, United confirmed the Hollywood homecoming of Cristiano Ronaldo – who signed from Juventus.

While those three players have improved the squad, however, their midfield has struggled during the early embers of the campaign.

So Express Sport will now take a look at three players they’d be able to sign for free next summer in order to solve their issues in that position.

Marcelo Brozovic has been a vital asset for Inter Milan over the years, especially last season as they won the Serie A title.

Unlike Kessie, he’s a midfielder whose strength is more controlling the ball and giving it to the team’s offensive players.

But that’s no bad thing.

United have missed a controller of the ball ever since Paul Scholes and Michael Carrick’s retirements, with their current options simply not up to scratch in that department.

So Brozovic isn’t to be sniffed at, especially given his experience of playing at the highest level over in Italy.

Denis Zakaria is another player who has been linked with United over the years.

Currently at Borussia Monchengladbach, his contract is winding down and there’s every chance he’ll be available for nothing at the end of the campaign.

He’s impressed in both a two-man and three-man midfield, meaning he’d be the perfect fit to go alongside Paul Pogba and Bruno Fernandes.

Zakaria is a strong tackler as well.

And he’s certainly a player capable of producing both style and solidarity, especially given how well he performed during Marco Rose’s time in charge.