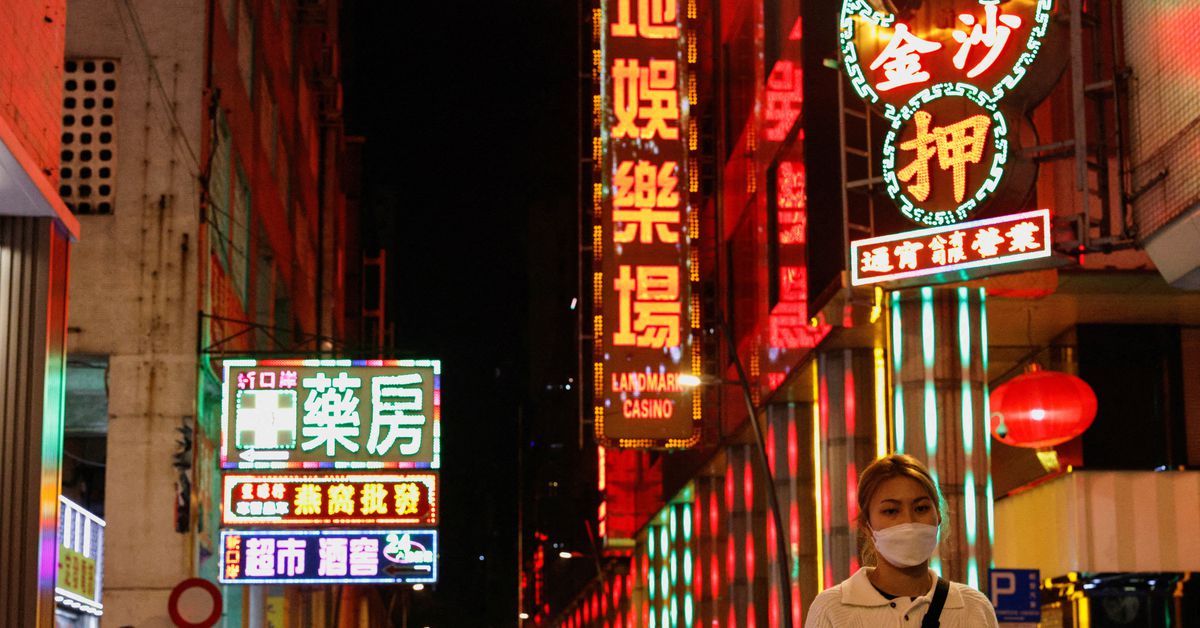 MACAU, Jan 25 (Reuters) – The world’s biggest gambling hub Macau has seen tens of thousands of tourists stream daily into its casinos and picturesque cobbled streets over the Lunar New Year holiday, a stark contrast to the dearth of visitors since 2020.

Macau has seen a resurgence of tourists from mainland China since Jan. 8 after the special Chinese administrative region dropped all COVID-19 testing requirements for inbound travellers from the mainland, Hong Kong and Taiwan.

Macau welcomed more than 71,000 visitors on Monday, the highest single day record since the pandemic, its government said in a statement late on Tuesday.

“I come here to gamble, it’s good to see people in Macau. It was lifeless during lockdown and not very good,” said a man surnamed Lam, who travelled to Macau from Jiangmen in nearby Guangdong province in southern China.

More than 94% of visitors to Macau over the first three days of the Lunar New Year, Jan. 21-23, came from mainland China and neighbouring special administrative region Hong Kong. Average daily visitor arrivals reached more than 51,000, a year-on-year surge of 217%, the government said.

The influx of tourists into the former Portuguese colony, which has had only a trickle of tourists since the start of the pandemic, comes after Beijing reopened its borders with the rest of the world for the first time in three years in January.

“It’s very nice that the Chinese government has reopened the border again, so I can go anywhere freely and do not need to quarantine and visit my relatives,” said a woman visiting from Hong Kong, who gave her surname as Wong.

Many hotel resorts on Macau’s Las Vegas style strip have been sold out for the holiday period, executives said.

Inside the city’s opulent casino resorts, visitors milled through retail stores such as Sands China’s (1928.HK) gondola filled Venetian property, while others clamoured for photos at popular tourist spots including the landmark Ruins of St Paul’s.

Local residents said they hoped the rise in visitors would bring a permanent boost to the city’s beleaguered economy.

“It’s a huge difference compared to the lockdown policies during COVID and it feels like the economy can recover quickly, but I am still unemployed now because of COVID,” said a local man surnamed Chan.