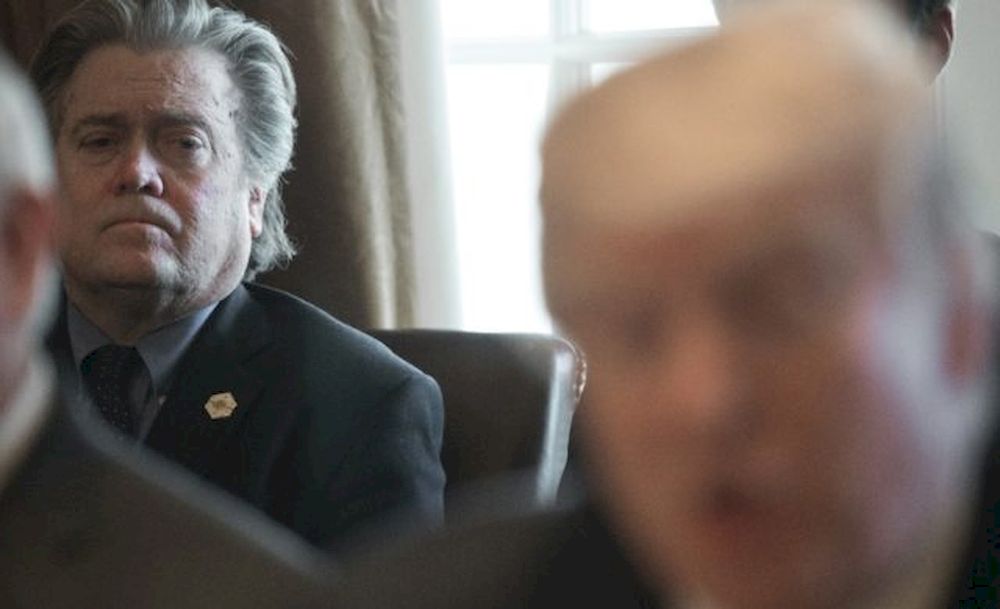 Former White House chief strategist Steve Bannon is in the spotlight over the role he may have had in organising the insurrection. — AFP pic

WASHINGTON, Oct 21 — US lawmakers will vote today to hold a key ally of ex-president Donald Trump in criminal contempt of Congress for defying a subpoena to testify before a panel investigating the January 6 attack on the Capitol.

Former White House chief strategist Steve Bannon is in the spotlight over the role he may have had in organising the insurrection and any efforts he may have pursued to coordinate with Trump and the White House.

He is expected to be referred to federal prosecutors by a vote of the full House of Representatives — but even if he is charged, the ensuing legal battle could play out over months or even years, potentially frustrating the probe.

Investigators see Bannon’s testimony as pivotal to a clear understanding of Trump’s actions before and during the deadly assault on a joint session of Congress to certify Joe Biden’s election victory.

“According to published reports, Bannon had specific knowledge about the events of January 6 before they occurred, and had multiple roles relevant to the attack, and (was) very outspoken about it,” House Speaker Nancy Pelosi told reporters.

Bannon, 67, was supposed to appear before the cross-party congressional select committee last week but said Trump’s lawyers had instructed him not to show up on the grounds of “executive privilege,” which allows presidents to keep certain communications with aides confidential.

The committee says that protection doesn’t apply, as Trump is out of office and has never formally asserted the privilege.

Bannon, they point out, wasn’t even a government employee during the period covered by the subpoena.

All 220 Democrats are expected to back a resolution to hold Bannon in criminal contempt of Congress.

Republican House Minority Leader Kevin McCarthy, who initially called for an investigation but has spent the intervening months trying to thwart the probe, is urging his troops to vote no.

Several rebels are expected, beyond January 6 committee members Adam Kinzinger and Liz Cheney, the vice chairwoman and the most prominent anti-Trump voice in the party.

The Wyoming congresswoman — daughter of Republican grandee Dick Cheney — said she believed the 45th president was “personally involved” in the planning and execution of the Capitol riot that led to up to five deaths.

“The Department of Justice will do what it always does in such circumstances — we’ll apply the facts in the law and make a decision, consistent with the principles of prosecution,” Attorney General Merrick Garland told a hearing of the House Judiciary Committee ahead of the vote. — AFP