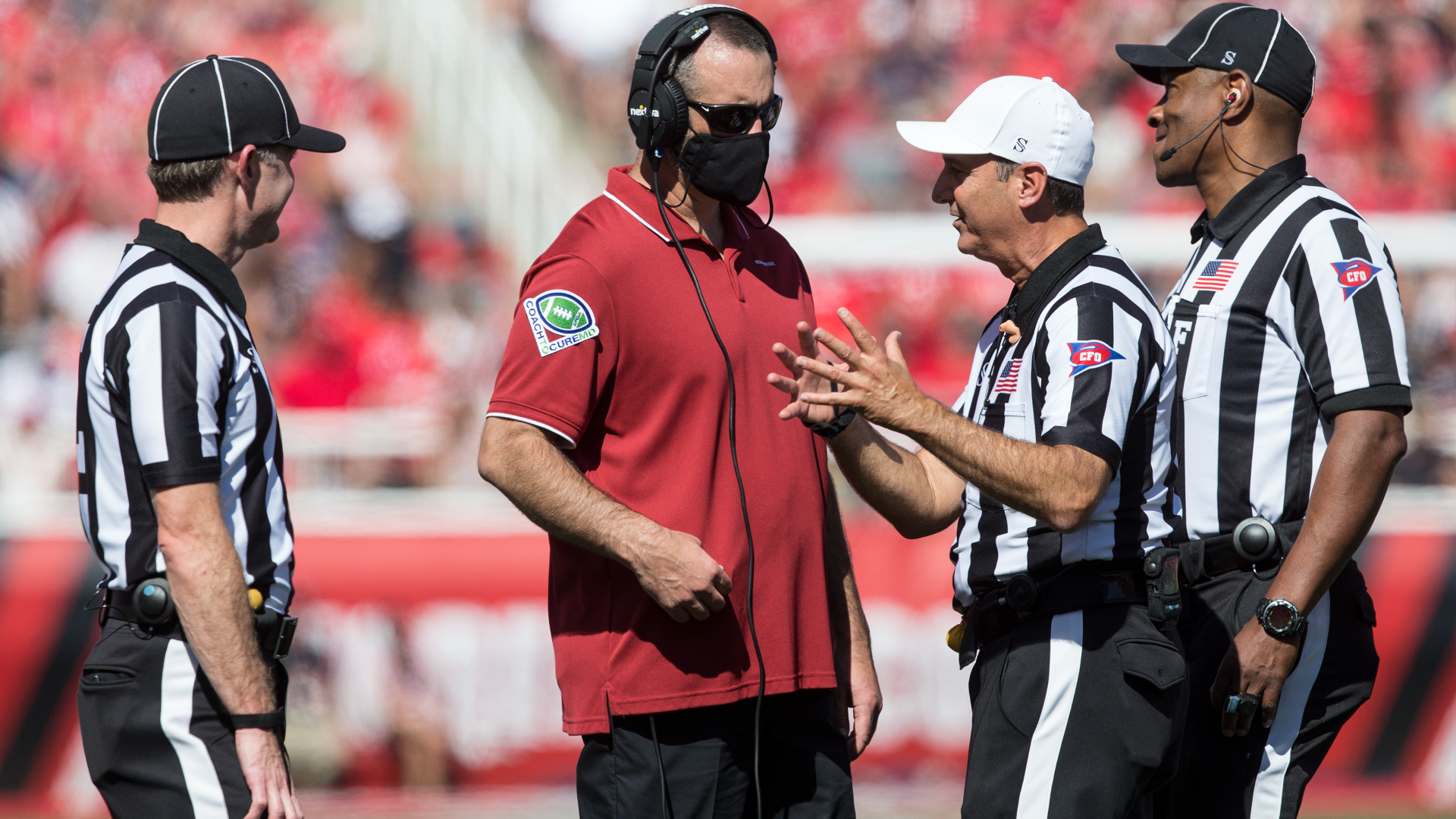 Several times in his first two years at Washington State, Nick Rolovich’s name has been in the headlines for off the field things as it has for on the field performance.

That continued Saturday when Rolovich reportedly filed for a religious exemption to avoid receiving the coronavirus vaccine. He’s the first coach to publicly decline getting vaccinated. This is also a reversal of his position from September when he said he’d comply with the state mandate.

Washington State coach Nick Rolovich has applied for religious exemption from COVID-19 vaccine mandate after refusing to be vaccinated, @Schrotenboer reports. Rolovich is only FBS head coach to publicly say he won’t get vaccinated

The announcement of Rolovich’s decision was apparently revealed by former Hawaii and SMU coach June Jones. Jones coached Rolovich at Hawaii and has remained friends with him since.

“He and I have had six or seven conversations over the last 60 days, and my advice is for him to take the shot,” Jones told USA Today.

“There’s too much at stake to risk losing his job, and it’s an unfortunate situation. It may be against what he believes obviously, but there are more people at stake – the university’s credibility, the lives of the assistant coaches and their families. There’s a whole bunch more at stake than just him, and that’s exactly what I told him.”

MORE: Riley on benching Rattler: ‘It had a lot to do with turnovers’

Rolovich apparently took issue with how the news of his religious exemption broke.

Rolovich’s stance, or lack thereof, on the vaccination already caught people’s attention when he was denied in-person admittance to Pac-12 media days and had to participate over Zoom. He was the only coach or player from the conference not attend in person.

Then, a month later after Washington governor Jay Inslee announced a statewide mandate for all K-12 and higher education employess, Rolovich said he’d comply with the mandate but refused to comment any further on vaccination matters.

Before this I asked Rolovich a vax question. He said, “I still plan on following the mandate and doing what I need to be to be the coach here. That’s all I can say about that.” pic.twitter.com/Q6qNqu6PwY

Rolovich said he hasn’t heard yet from anyone if his exemption will be granted, but Washington State has a vaccine mandate of its own for all faculty, as well.

The Cougars are 4-6 in Rolovich’s two seasons in Pullman.