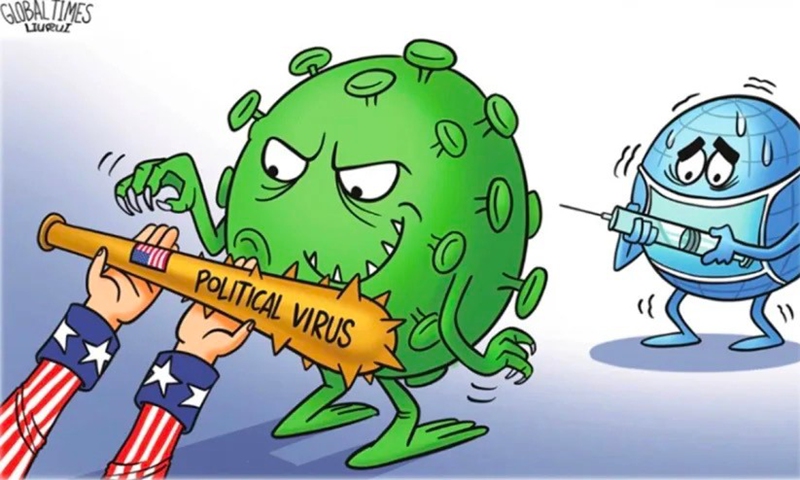 Chinese New Year has arrived, kicking off the weeklong Spring Festival holidays in China. Unfortunately, well wishes from the West have been hard to come by. Western media has even suggested that holiday travel in China, now with the lifting of most COVID-related restrictions, could cause a tsunami of cases and even deaths.

A pretty ironic part about this perspective is that the US just wrapped three major holiday travel events, Thanksgiving, Christmas and New Year’s Eve. This did not cause any shock in the local media even though literally hundreds of people are dying per day from COVID-19 and, worse yet, many states aren’t even reporting data anymore.

So why all the shock over China’s holiday travel revival? Well, one part of this has to do with Beijing’s apparent 180 from a dynamic zero-COVID policy.

As a matter of fact, that had been the plan all along. According to the Oxford English Dictionary, the world “dynamic,” related to a system or process, means to be “characterized by constant change, activity, or progress.” In this definition we can see the world “change,” which should have tipped off Western journalists that at some point things were going to be different, e.g., to change.

Chinese health officials decided to change policies when it was realized that the country had the emergency resources, high enough vaccination intake and that a significant amount of the public no longer deemed many of them necessary. There’s that dynamism; that change. The Asian giant now boasts a far higher supply of intensive care unit (ICU) beds, general hospital beds and trained medical professionals relative to its population.

That is to say that China’s health system does not look like it’s likely to collapse amid a surge of cases. Compared to where it was pre-pandemic, it’s actually in a far more favorable condition. And even with that being said, we know there are ways to mitigate COVID’s spread.

With all this being said, a catastrophic COVID-19 outbreak in China, as a direct result of its most prominent holiday travel season, doesn’t seem likely. It doesn’t even appear that the situation in China will surpass that of the US, which, as previously mentioned, is experiencing a heavy death toll right now. Cases in the US are stuck in a virtual plateau, as federal and local officials gave up on trying to contain the virus completely. The media doesn’t cover the pandemic anymore – unless in China – and some vaccine makers are now moving to hike their prices after federal subsidies dried up.

So then what’s the point of even hyping up this story? Well, for one, it provides a nice distraction from the ongoing situation in places like the US itself. The federal government just had the dishonorable distinction of deaths in the country surpassing 1.1 million. Laser-focusing on China is an excellent way to drown out this fact.

At the same time, it serves the general agenda of curtailing China’s immense economic growth. If the media can scare enough people about Beijing’s supposed lethargy on COVID-19, then key companies might exit the market altogether. They might even reshore their jobs to the US – which would legitimize the agenda of the sitting president, generally favored by the mainstream media, who is increasingly protectionist and anti-free-trade.

And finally, it serves the interest of continuing to influence average Americans into hating the Asian country. The US is making highly provocative moves in China’s neighborhood, which, recently was demonstrated through a high-level summit between President Joe Biden and Japanese Prime Minister Fumio Kishida. It capped off a five-country tour by the latter, which was really just a parade to further militarize the Asia-Pacific by even stationing weapons able to target China on Japanese territory – a highly unpopular, divisive and umpredictable action.

In short, the US government wants to build a public consensus to further heighten military tensions with Beijing and is taking concrete actions to do that while also showering the public with anti-China stories.

I find this as sinister as it is transparent. Americans don’t need to hate China and, indeed, the country doesn’t need more hostility toward even its own Chinese (or Asian) diaspora. Instead of focusing on the negatives, it would be great to see our leaders and media make an effort to welcome the Chinese New Year and congratulate the country on what essentially amounts to its re-entry into the world.

The author is a Prague-based American journalist, columnist and political commentator. opinion@globaltimes.com.cn