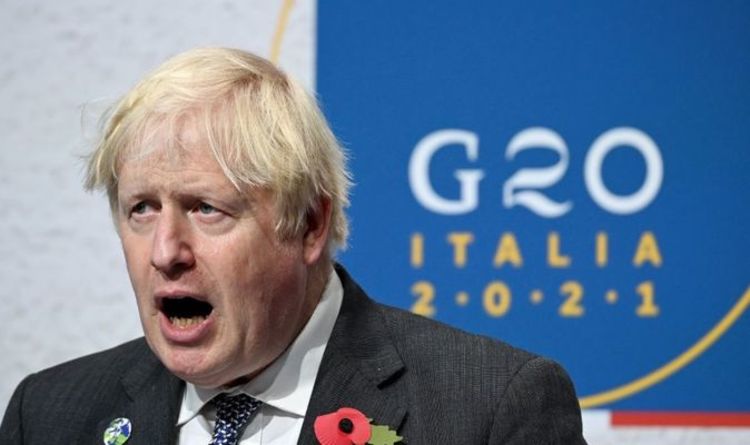 A dossier compiled by the Free Speech Union claims to contain proof that schools around the country have engaged in “politicised teaching”. It has submitted its findings to Education Secretary Nadhim Zahawi.

Toby Young, general secretary of the Free Speech Union, said: “I don’t think people realise how widespread the problem of politically biased teaching in schools is.

“Teachers and schools have decided that when it comes to issues like systemic racism and white privilege, it’s more important to teach children what to think than how to think.

“Teaching children about contentious issues in a politically partisan way is actually against the law.

“They should be exposing children to a wide diversity of views and encouraging them to debate them and make up their own minds, not promoting a narrow ideological orthodoxy.

In addition to this, students were taught that “micro-aggressions” are a form of “unintended discrimination”.

These can include asking someone from an ethnic minority whether they speak good English, or telling them that their hair would “look so good if it was straight”.

The school declined to comment when approached by the Telegraph.

Another secondary school in Lewisham, south London, students were told that they were “privileged by virtue of being white”.

They were also informed that “the police must be reformed, that students should engage in protest”, the document claimed.

Pupils were also told that “whiteness will always protect and insulate someone from racism” and that the court system is biased due to white privilege.

At a separate secondary school in Kent, it was claimed that a teacher compared the former US president Donald Trump to Nazi leader Adolf Hitler during a history lesson

Meanwhile at another school in London, pupils were handed worksheets asking “what is the purpose of a police officer?”.

It then had a section of “key words” which were “colonies, racial profiling, juvinile [sic], corruption, reform, accountability”.

A spokesman for the school denied any involvement in political indoctrination.

They added: “We do teach what some might perceive to be controversial issues to our students, but we always encourage them to form their own opinions and teach them to be able to marshall well thought through arguments.”

They say this worksheet does not reflect what pupils are taught.

Parents have described the materials used in their children’s schools as “deeply alarming”.

Last week the Education Secretary said that schools should not teach “white privilege” as a fact.

A Department for Education spokesperson said: “Schools are required to remain politically impartial, and should be mindful of the need to offer a balanced presentation of opposing views when political issues are brought to the attention of pupils.

“We expect that in most instances, where there are concerns regarding political impartiality in schools, these can be addressed through dialogue and agreement on simple mitigations.”