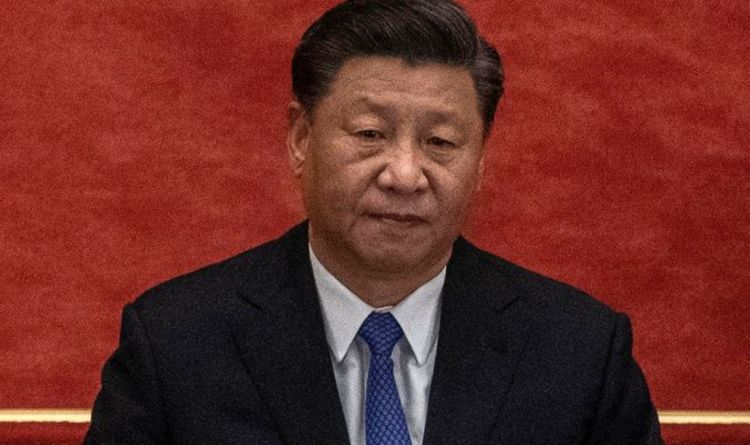 Political commentator Peter Hartcher reflected on the plots of enemies of China‘s President Xi Jinping. While speaking on ABC News, he remarked that police officials and a now-deceased billionaire plotted to take action against the President. Mr Hartcher admitted it was unclear whether their illegal attack was going to be to arrest and detain President Xi or assassinate him.

Mr Hartcher said: “The threats do seem to be real.

“For example, the big revelation was the publication by two well-informed insider news outlets within the Chinese eco-system.

“They published a story that there was a police plot to take action against the President Xi Jinping when he was expected to visit the city of Nanjing.

“Some of the top police officials, together with a billionaire who was executed for grafting in January, and local officials have now been named as plotting against the President.

“The exact threat has not been spelt out, whether they planned to arrest and detain him or assassinate him was not spelt out.

“It was evidently a serious plot and people have now been purged and moved against.”

In addition to this, President Xi has faced significant pressure over the Taiwan issue.

“Xi Jinping does want to unify Taiwan with the mainland while he is the leader.

“He is a man in a hurry and the only way to unify Taiwan now after what he has done to Hong Kong is to do it by force.

“So when we see these Chinese military flights going in greater and greater numbers into Taiwan’s air defence zone we need to take it seriously.

“We shouldn’t just shrug our shoulders.”