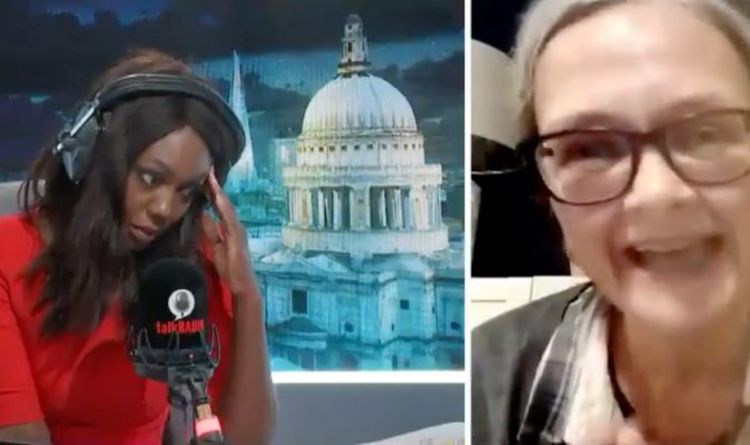 Chaos erupted after talkRADIO’s Claudia-Liza accused Tracey Mallaghan from the group of “devastating the lives” through repeated protests as the group, which are calling on the government to insulate the UK’s housing stock by 2030 to cut greenhouse gas emissions, vow to continue to block major road networks until the Government change their policy towards insulation.

The host slammed: “You are disrupting lives, day after day! Twelve protests already and the people who are actually practicing these demonstrations…

“They are not doing the thing they are forcing everyone else to do! Do you not understand how ridiculous that sounds Tracey! “

But Ms Mallghan viciously hit back at the host, slamming: “Do you know how ridiculous it sounds when the people who have the responsibility to get on with the job are not doing anything.

“That is the problem here! Why are you trying to other people with these silly arguments!”

The enraged activist went on to say that because the host has children she should be calling for the issue of insulating Britain’s homes to be addressed.

Head in hands, Claudia-Liza repeated her demands for Ms Mallaghan to answer directly as to the impact the group’s actions are having on the British public.

But the activist launched into yet another ferocious tirade as she accused the media of conspiring against Insulate Britain.

She also claimed how a “mum with cancer” who was stopped from getting to a doctor’s appointment still supports the group in their cause.

READ MORE We’ve yet to stick the glue-natics from Insulate Britain in jail, says Richard Madeley

The protests resulted in an ambulance from a children’s hospital being blocked and unable to pass through sparking fury from the public.

It comes as London’s transport network has been granted a High Court injunction against Insulate Britain protesters aimed at preventing them from obstructing traffic.

Transport for London (TfL) said the civil banning order applies to 14 locations around the capital including some of its busiest roads and it follows several previous injunctions against members of the group.

The legal action comes after protesters blocked motorway junctions for the 12th time in the past four weeks on Friday, causing emotional clashes with motorists.