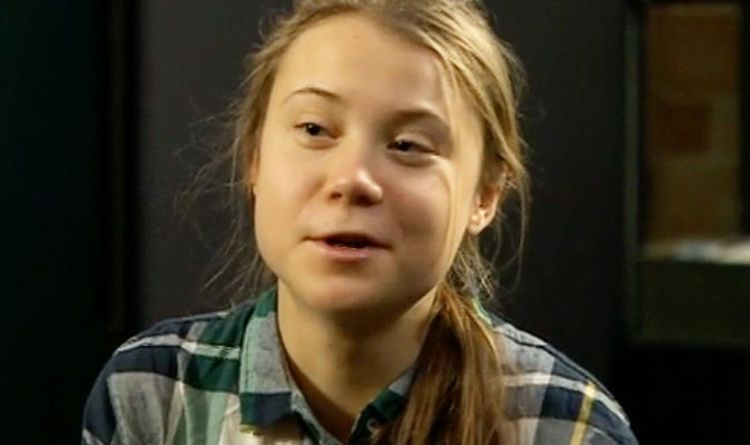 Greta Thunberg was questioned on climate campaigners raising the alarm about the need to address climate change by conducting disruptive demonstrations. The Swedish activist defended the strategy, saying results would be small “if some people didn’t get p****d off.” Andrew Marr asked the 18-year-old campaigner: “There’s a big controversy in Britain at the moment about tactics, something you know a lot about.

“Blocking roads and so on. A lot of people would say those tactics just put people off.”

Ms Thunberg said: “I think as long as no one gets hurt, I think sometimes you need to anger some people.

“Like, for instance, the school strike movement would never have become so big if there weren’t frictions if some people didn’t get p****d off.”

She also said when countries show a “pattern” of policies in which they avoid taking “real action” it shows that the climate is not their main priority.

Ms Thuberg was asked about the UK’s position on leading on climate change in the wake of Chancellor Rishi Sunak’s announcement on Wednesday that there would be a 50 percent cut in air passenger duty (APD) for domestic flights.

She told Mr Marr: “Of course we can’t talk about this in, like, one single policy and so on.

“But when you see a pattern of these policies, that all the time are avoiding taking real action, then I think you can draw conclusions from that pattern.

“That climate action is not really our main priority right now.”